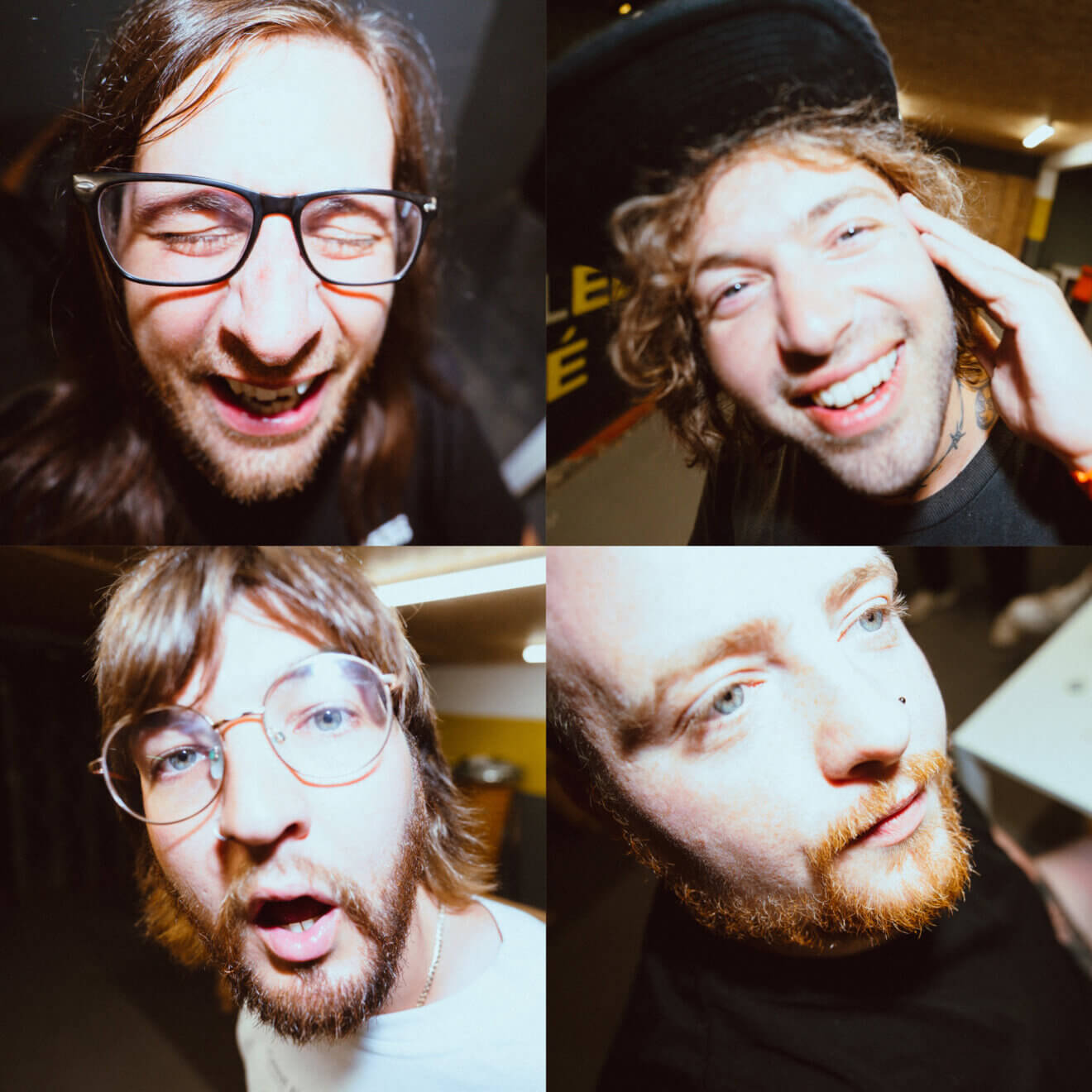 £12 adv
Buy tickets
Growing up, finding yourself, learning your place in the world.

There’s an everlasting universality to these feelings that everyone, from all walks of life, can relate to: the urgency of discovery, the excitement of development.

For WSTR frontman Sammy Clifford, the process of writing the follow up to their acclaimed debut album ‘Red, Green Or Inbetween’ has been intertwined with both his own personal, and artistic progress. “A lot of this new album, both sonically and in terms of its lyrical themes, has been about growth. When you change as a person, or as a band, it can be a scary process, but we didn’t want to shy away from that.” explains Clifford.

Of course, WSTR have already enjoyed the sort of remarkable growth that would leave most bands emerald with envy, the Liverpool mob having emerged as one of the burgeoning UK pop-punk scene’s hottest properties and securing a record deal without having even played a show. They’ve since gone on to bring their relentless energy to major festivals including Slam Dunk, Reading & Leeds, and Download. But this head-spinning ascent has only left the band - completed by bassist Alex Tobijanski and guitarist Tom Hawkes - hungrier than ever to push themselves to their limits.

Indeed, that the band have chosen to title their second full-length (and first with Hopeless Records) ‘Identity Crisis’ gives some indication into how deep WSTR, the quartet, dug within themselves to find this new batch of songs.

“When we began writing for this record, we put together a bunch of songs that all sounded completely different and it felt hard to see exactly where we were headed,” offers Clifford. “But gradually we really honed in on what we wanted to achieve. A big part of the goal became not just to write a great pop-punk record, but to write a great rock record, music which took all these diverse influences we were bringing to the table and combined them into something that was distinctly WSTR.”

And with ‘Identity Crisis’ WSTR have achieved just that, eleven songs which splice effortless catchiness with tongue in cheek swagger and a song-writing nous that truly sets the quartet apart from their peers. From the effervescent bounce of colossal first single ‘Bad To The Bone’, a shoulder-shrug musing on the small-town rumor mill to ‘The Latest’ which is equal parts prime-time pop-rock perfection and down in the mouth wallowing, there is not a single track which fails to fall into the category marked ‘weapons grade ear-worm’. Moreover, Clifford has cut loose in terms of both content and performance on ‘Identity Crisis’ – swapping the metaphor and smile that previously characterized his lyrics in favor of a more focused, succinct approach, all matched with a deliciously flamboyant vocal delivery.

“There are a lot of things on this record that we would have never included on previous records because we’d have been too scared to or thought they were ‘uncool’,” admits the singer. “There are vocal ad libs and guitar solos and things that are really us. Those little bits are my favorite parts of this album because it’s the sound of us making the music we really want to. It’s the same for lyrics, I didn’t want to hide any more, I wanted to speak directly to people and show them who I really am and how I really feel.” ‘Identity Crisis’ then, is the sound of a band truly discovering who they are and who they want to be, casting aside scene trends and genre-pigeonholes in favor of cast-iron songwriting which bottles sunshine in a way that only great music of this style can.

“I’ve spent a long time looking at how the really great bands put together their songs, from Green Day to The Beatles,” finishes Clifford. “And that has taught me a lot. Great music is something which captures a feeling, which takes you somewhere else and helps energize you. That’s what I wanted to do with this album. And I’m incredibly proud of what we’ve produced.”

And with a worldwide touring schedule planned for the fall of 2018 and beyond and a record of truly seminal quality under their belt, the future looks anything but in crisis.