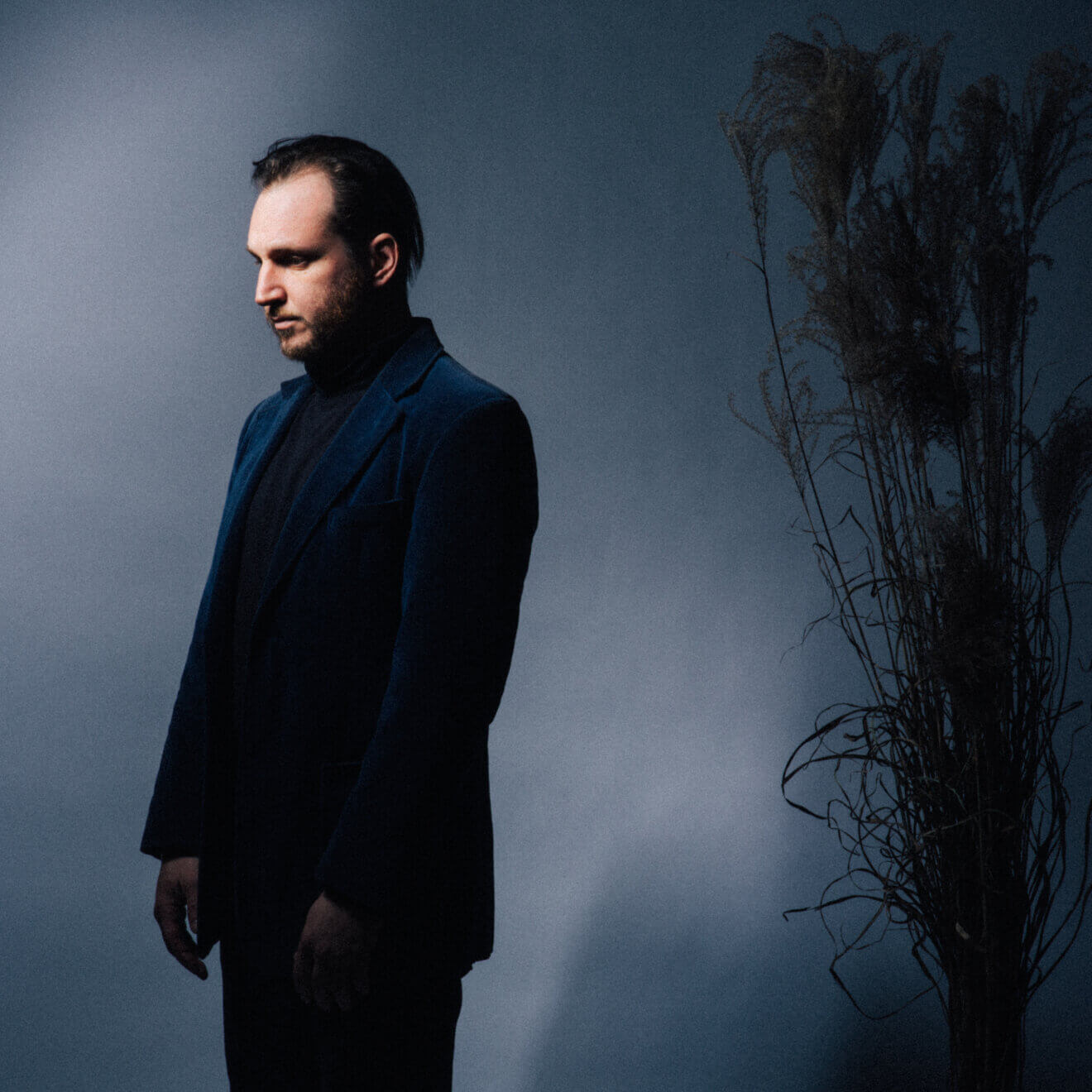 Magic, miracles, ghosts, world leaders; these days it seems there is little left to believe in. Lies outweigh truth and even truth can be dangerous. Raising everyone’s spirits Already Dead – the fourth album from Willy Mason – explores honesty and deception, anonymity in the digital age, good intentions with unexpected consequences, freedom, colonialism, love, god, and purpose because, its storyteller says, now is the time to restore some much-needed faith.

‘Already Dead is a spiritual state to aspire to; it is freedom from the trappings and inhibitions of one’s ego, culture, and mythology. It is freedom and love and freedom to love in the face of death,’ tells Willy of the philosophy behind the writing. ‘It’s about the necessary destruction of one’s mythology; mythology of species, sex, race, nation, self. It’s about the pain and tragedy that comes with such destruction, but also about the freedom, possibility and opportunity for reconciliation; reconciliation with the natural world and with each other.’

An inviting unravelling of decorum, Already Dead is Willy’s first album to be written and recorded in his home and arrives at a time when certain words must be said. It is a quest for love in a society which fears and discourages it; for truth and justice in a society which prioritises convenience and profit. Last year’s standalone single Take It Off hinted at what was to come after finding common ground with Noel Heroux (of Hooray For Earth and Mass Gothic) when Willy promoted Noel’s show at a local auto garage. After watching the set and eventually sitting in on drums himself, Willy felt moved to play Noel the demos he had been working on; demos sitting intimidatingly raw and uncouth, coughed up in a feverish month after a difficult year of death and disaster spurred him to write.

Joining forces to bring the dead to life, fuelled by their fondness of sculpting limitation for maximum effect, as producer Noel would play Willy tapes of Autechre and Satie. The pair became sonic detectorists, unearthing sound in basements, kitchens, apartments, and parks. Keeping the tape rolling they recorded Willy’s brother Sam Mason playing drums, Noel’s partner Jess Zambri singing – her voice a thread stitching together the album’s tapestry of colour and texture – alongside an improvised poem by artist and muse Marciana Jones, and piano stomp by local legend Jeremy Berlin. Carrying it all to sound painter and mix master Rachel Alina, Already Dead pulls the raw intimacy of Willy’s debut LP Where the Humans Eat (2004) toward the wild present, playing R&B and early rock’n’roll as rhythm guitarist in his local dive bar house band to keep people happy and dancing. ‘I ended up diving so deeply into this record because it felt at the time, like the only way I could hope to do some good for somebody,’ Willy says. ‘All the concern and care I have for people, fear, frustration and sadness, all came pouring out.’

Sparkling opener Youth On A Spit is one of Willy’s heaviest tracks to date; ‘I feel no pain I’ve already bled / You can’t kill me I’m already dead,’ he taunts, through double-sided declaration of invincibility before embarking upon a biting, bold, and caring tour through the purgatory of life in 21st century North America; reaching for Heaven ‘The Truth is Love/The Truth is Life/The Truth is Sowing Paradise”, whilst preparing for Hell, ‘Things we’d do to each other/I’m worried to discover’ (Gilded Lie). All the while pleading and appealing to one’s nation as if to a wayward lover; ‘oh my country/you were born/as a branch from a tree of thorns/of poison apple poison tree/you’ve fallen far but roots run deep’ (Oh My Country). Even those considering themselves above suspicion cannot hide: ‘Wilfully ignorant/a false equivalence/smitten with shame/a pawn in the game’ (One Of The Good Ones).

Voyaging across the cracks of a bleak and crumbling landscape, beauty begins to blossom as Already Dead casts new shades of meaning when applied to a society and culture teetering on the edge between reinvention and dissolution. Hope, without promise, develops into its own suspended resolution with ripping album closer ‘Worth It’ and looks towards reaching a definitive destination after the soldiering on of early LPs Carry On (2012) and If the Ocean Gets Rough (2007); ‘The seed and the sowing/the need and the growing/the hope and the hatred/the faith and the sacred/the thief and the servant/the fazed and the fervent/I Know It’s Worth It’.

After seeing the world on countless tours and supporting independent music communities, Willy’s next move looks to be even greater. ‘Already Dead captures the feeling of these times and I’m trying to give people encouragement, whatever that may be or look like,’ he says. Here lies unquestionable truth; life might be uncertain, but to be Already Dead is just the beginning.

The world is changed. SARS-CoV-2, bringer of death and desolation. Tours cancelled, records scrapped, studios abandoned. All is still. Out of the mire and the murk, three shadows appear [backlit]. Could it be? The release of acclaimed debut album Start Clanging Cymbals [insert:“Hard to classify and even harder not to love”-Uncut/“Ambition and self assured daring”-MOJO/[soundtrack FIFA/SIMS video-games] took Willian J. Stokes and twins Ellie Mason and Imogen Mason across Europe and the UK, from Edinburgh’s Corn Exchange to Amsterdam’s Paradiso, drawing fans like iron filings to a magnet as they went. Voka Gentle; the unique trio of three producers, three singers and three songwriters, concluded their live crusade with a show at London’s Brixton Academy, opening for the legendary Flaming Lips in celebration of their seminal opus The Soft Bulletin.

Before long, though, the demon viral horde struck. Voka Gentle prepared to lie low in London and wait for the storm to blow over before taking their immersive audio-visual live performance back on the road. It was then that a chance phone call with Sam Grant, producer and guitarist with neo-metal battalion Pigs Pigs Pigs Pigs Pigs Pigs Pigs, coaxed them blinking into the sunshine and up to Newcastle’s Blank studios. Here, in just two weeks, they found themselves recording nothing less than a second full-length studio album. Bloodied by the anxieties of the age, energised yet agitated, they looked into its eyes and christened it WRITHING!.

Now Voka Gentle return, battering down the drawbridge with a brand new album of songs and a panoply of musician-fans hoisting their banner. Motorik beats meet tender experimental soundscapes and the voices of twisted church congregations. Chopped rhythms contend with metal-esque drumming while fingerpicked guitars converse with throbbing synth bass, all coming together in an orb-like singularity. Having made an enthusiastic fan of Wayne Coyne back in Brixton, the majestic zorb-surfer himself was eager to lend his talents to the record, delivering a majestic vocal performance on first single ‘Necrofauna/The Garden Of Eden.’

With an appetite whetted during the making of Start Clanging Cymbals by the guest appearances of legendary American comedian Rich Hall [insert:Moe Szyslak] and prodigious British jazz trumpeter Freddy Gavita, Voka appear to thrive on collaboration. Coyne was by no means the only guest invited to help construct the world of WRITHING!: cult Bristolian musician Oliver Wilde and London vocalist BELLS also make appearances on the album, as well as designer-innovator Benton Ching, whose own invention the Miasma Field Modulator was used to take air pollution recordings in the centre of London and convert them into sound. ‘The natural world, as it always does in our music, played a key role in this album,’ explain the band. ‘The first album had the pastoral- recordings of birds and grass and waves. This record is about a concern for the natural world. Things that are in danger or things that are causing that danger. There are recordings of bees, of ice cracking, of traffic. It’s an album about this moment. About feeling out of control.’

Not long after mixing of the album concluded, Voka were invited to record a full-length live session at Peter Gabriel’s legendary Real World Studios in cutting-edge 360 degree immersive sound, their first live performance with a brand new set of songs and an oasis in the apocalyptic Covid desert, littered with rusting tour buses and the skeletons of booking agents. It is now time for Voka Gentle, quite possibly the UK’s best kept musical secret, to appear from the mist beyond once again. They are ghosts, multi-coloured spectres come to haunt the strictures that tell us what music is supposed to be. They challenge with tenderness and whisper with distortion. They come to perform for you the gift that is WRITHING! and then, like a three-headed creature of the night, melt away into shadow.