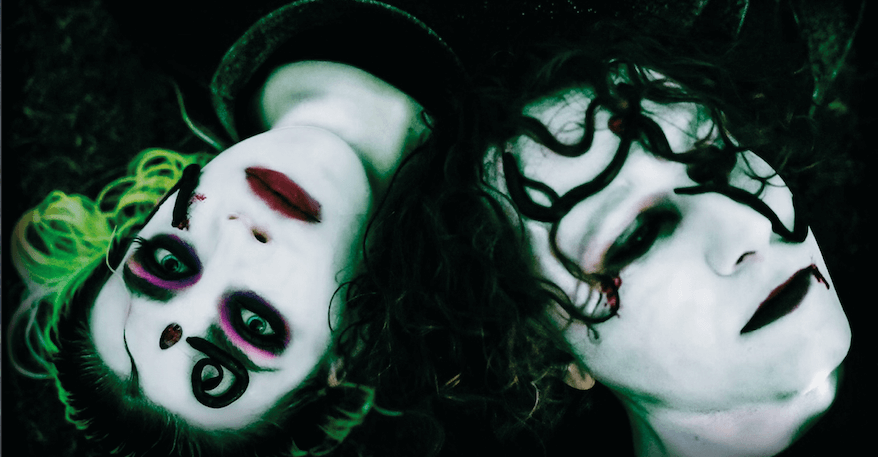 Reilly, Trotter and Lynch played together in a Scottish rock band called Wolves. As they were unsatisfied with their lead singer, he left the band. At around the same time, Shilstone was fired from another band. When Shilstone auditioned for Wolves in 2010, everyone instantly felt the chemistry at the first glance. Shilstone's arrival affected the sound of Wolves so much, they decided to change their name to VUKOVI (which means wolves in Serbian and Croatian).

On 22 November 2018, the band released a statement announcing bassist Jason Trotter leaves the band as he wanted to move on. The band also stated that the separation with Trotter was peaceful and "there is no bad vibes". According to Trotter's Instagram page,[6] he is working as a barber in Glasgow. At around the same time, Irving also left the band for unspecified reasons.

Press to Meco is an English band hailing from Crawley and Croydon. The band is known for its fusing of intricate riffs, progressive sensibilities, math-influenced structures, pop choruses and three-part harmonies.

Fuelled by an uncertain future and conflicting feelings towards the connectivity and intensity of the modern world, the lyrics on Press to MECO’s new album, ‘Transmute’, wrestle with the idea of change. Drummer/lyricist, Lewis Williams asks “can we make a significant change for the better, in ourselves, in our relationships and as a society. That’s why I liked the title Transmute. Positive change can sometimes feel like you’re trying to find a way to turn lead into gold.”

After 2018’s critically acclaimed ‘Here’s to the Fatigue’ and tours with Don Broco, Shinedown, Arcane Roots, SikTh and a hectic festival season, those highs were quickly followed by the niggling doubts of industry success and real-life commitments.

“I didn't want to be depressing. Even if the band breaks up, my girlfriend dumps me or artificial intelligence takes over the world, that's still not the end of all things,” says Williams. He admits that any of those events would be the definite end of a chapter, but that should only motivate you to start another. “It’s a positive record,” he explains. “There are parts where it gets heavy but there’s always a glimmer of hope.”

“Addressing the negativity is a positive thing,” adds new addition Jake Crawford (bass/vocal), who joined the band after years of being a friend, a fan and a member of their touring crew.

Taking inspiration from Twenty One Pilots’ ‘Trench’, Paramore’s ‘After Laughter’ and Daughters’ ‘You Won’t Get What You Want’, Press to MECO move away from those juxtaposing moments of “musical trickery” prevalent on their previous albums, “every element on ‘Transmute’ feels much more defined,” says Luke Caley (guitar/vocal).

Despite the sprawling themes of nature versus technology, ‘Transmute’ is a record driven by everyday emotion. “When we started this album, it felt like a farewell,” admits Caley. “But being in the studio felt so euphoric, we remembered why we started making music, we love doing it… this band is the thing that actually gives us purpose. There's a reason we've dedicated our lives to it. Without music, we’d all feel very empty.”

“Everything about Press to MECO feels fresh. For the first time ever, everything feels right. I don’t think we’re done yet.”

Expressing a central truth is at the very core of all Delaire The Liar create. Defying obvious genre pigeon-holing, they deftly blend together soaring melody, driving rhythm and a powerfully narrative songwriting style – pulling at threads of loss, guilt, and human responsibility with remarkable candour. The band continues to be inspired by the literary works of Audre Lorde, Maggie Nelson and especially the emotional universality of E.E. Cummings.