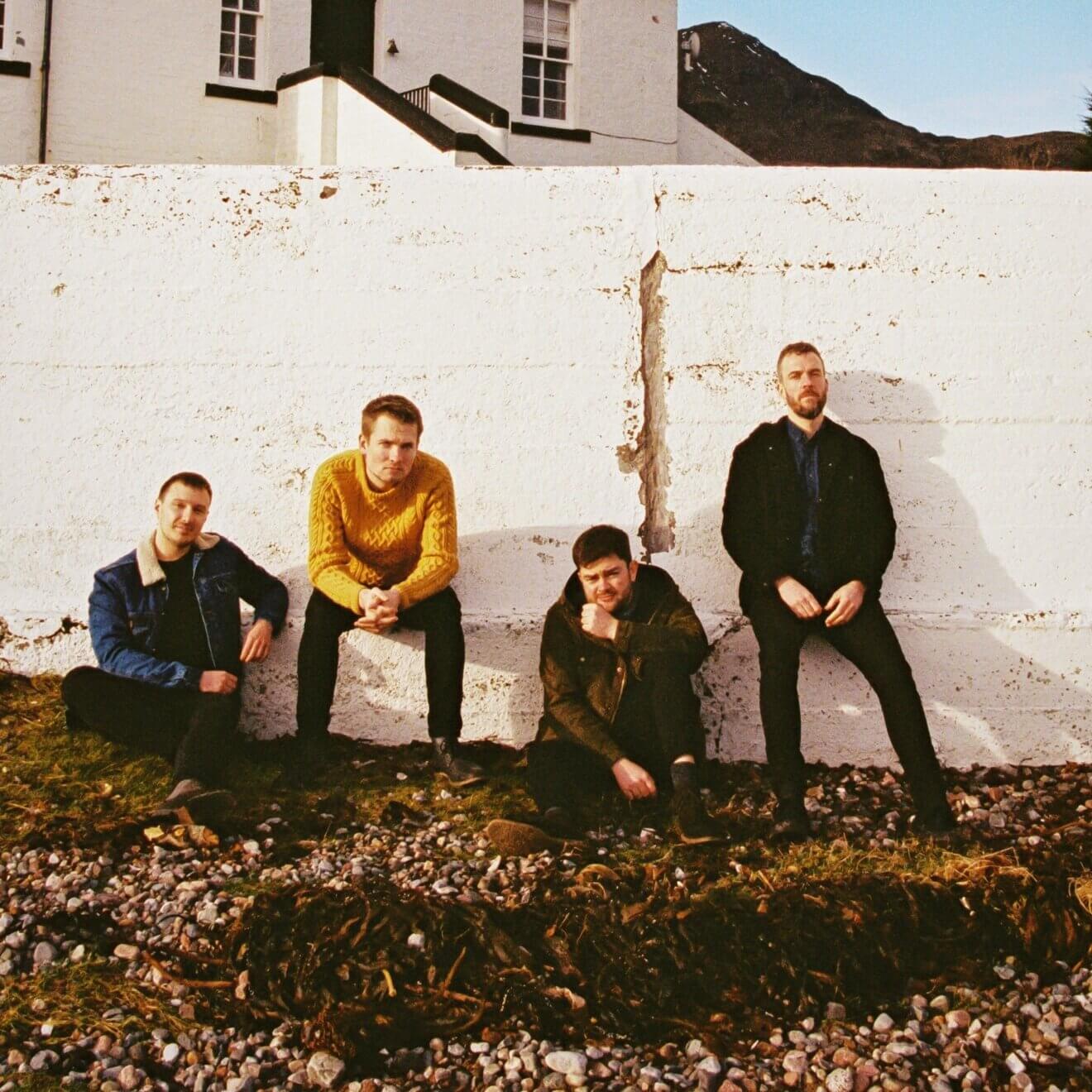 Tide Lines are a 4 piece band whose roots run all across the Highlands and Islands of Scotland down to the West End and South Side of Glasgow.

Forged from the literature and music of the areas in which they grew up, their original songs meld romantic, rural life with a record collection of classic American songwriters and a strong Gaelic influence.

The new album 'Eye of the Storm' out now!

White Beaches, the new single from anglo-Scottish duo Blue Violet, is a rare beast: a gorgeous, hypnotic gem of deceptively wistful pop delivering a universal rallying cry for perhaps the most important issue we all face – the protection of our planet from our own worst impulses.

Produced by the band’s regular collaborator Rob Ellis (PJ Harvey, Anna Calvi, Marianne Faithful), White Beaches was inspired by Greta Thunberg’s School Strike For Climate movement, as well as the power of Mother Nature herself, with the opening line ‘Are you with her?’ conjuring up images of both.

“The younger generation want stronger leadership and better examples set by their politicians, and Greta has captured not only the imagination of her peers but the attention of the world’s leaders,” says singer Sarah. “They really can’t afford to ignore her as she represents all of us.”

“A marine activist friend of ours wrote that ‘no matter how powerful we believe ourselves to be, we are not mightier than the planet itself – it will fight back and still be here long after we are gone’. I’m sure that’s right, but we need to do our bit to help. We got in touch with [ocean conservation charity] Surfers Against Sewage to gain a better understanding of the kind of reality we are dealing with concerning ocean pollution and it’s truly awful.”

The band have taken some of the hard-hitting facts learned from Surfers Against Sewage and built them into the video for White Beaches. As the band visit beautiful locations around the Norfolk coast, the reality of the challenge we face to reverse the damage we have already done becomes clear. The contrast is powerful.

“Music video sets can be very wasteful,” says Sam. “We decided to do something low budget and simple, letting beautiful locations and the power of words provide the impact. This way of shooting has definitely set the tone for how we’d like to conduct future videos and photo shoots.”

“This song has been quite a journey for us as a band,” says Sarah. “We hope it’s received as a message of hope to others who feel the same way that we do. Together we can be stronger, particularly right now when the world feels tricky to navigate; we can still make a difference little by little.”

In November 2019 Anglo-Scottish alt-pop duo Blue Violet spent a month at Middle Farm Studios in Devon recording their debut album with producer Rob Ellis (Anna Calvi, Marianne Faithful, PJ Harvey). Sarah, a Scot with Parisian roots, teamed up with Sam a few years ago and between then and now the duo have lived between London and Sarah’s childhood home in Argyll, where they have been busy writing throughout 2020/21. This year has seen them begin to release songs from the album, with first single ‘Undercover’ earning them track of the week on BBC Scotland’s Afternoon Show and praise from BBC Introducing; describing them as ‘Civil Wars meets the Black Keys’. Prior to Blue Violet Sam & Sarah Gotley performed under the guise Broken Bones Matilda, with noteworthy performances at Glastonbury, Belladrum, Pub in the Park, Carfest and Wilderness festivals to name a few. With a diverse array of lyrical themes on their debut, expect intricately crafted, genre crossing song writing, delivered with a raw, beautifully anguished husk.