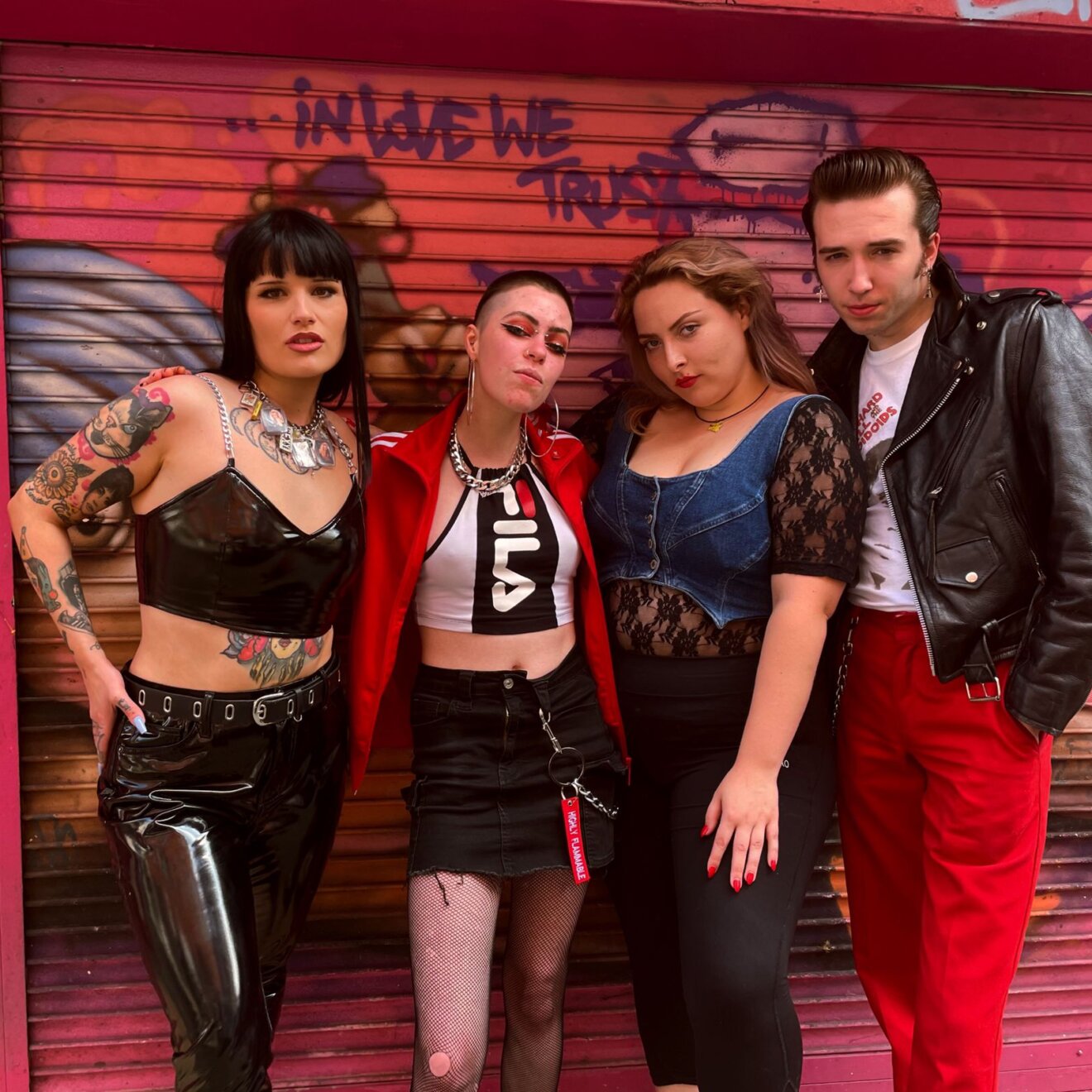 The Red Stains. We’re the band you can’t wash out.

The Red Stains take pride in being powerful and subversive. They are a four piece contemporary post-punk band from Manchester consisting of Natalie Emslie on vocals, Sterling Kelly on bass, Ella Powell on synths and Ben Dutton on drums.The Red Stains are a fierce, highly energetic and entertaining live band, fuelled on chaos and resistance to the injustices in modern day society. They are opinionated and unafraid to use their music as a way of speaking out about the inequalities in society.The Red Stains take inspiration from an eclectic mix of musical styles, from 70s post punk and experimental new wave to 90s britpop. Their use of gritty bass and minimal, punchy drum lines combined with disconcerting synths and raw, powerful vocals gives them a unique and unpredictable sound.

"Full of raw energy and thoughtful prose" Louder Than War

"Combines unvarnished, adolescent energy with the sort of surreal, scabrous humour Mark E Smith would have been proud of" M.E.N n

All Girls Arson Club are a riotous, two-piece garage rock band raised in Sheffield, based in Manchester. The Simon and Garfunkel of pop punk have played alongside the likes of Allison Wolfe while cultivating their own riot grrrl sound.

DIY girl band. We sing songs about Harry Potter and cult TV shows and books and 90s movies. We make noise with guitars and sometimes we play ukuleles.