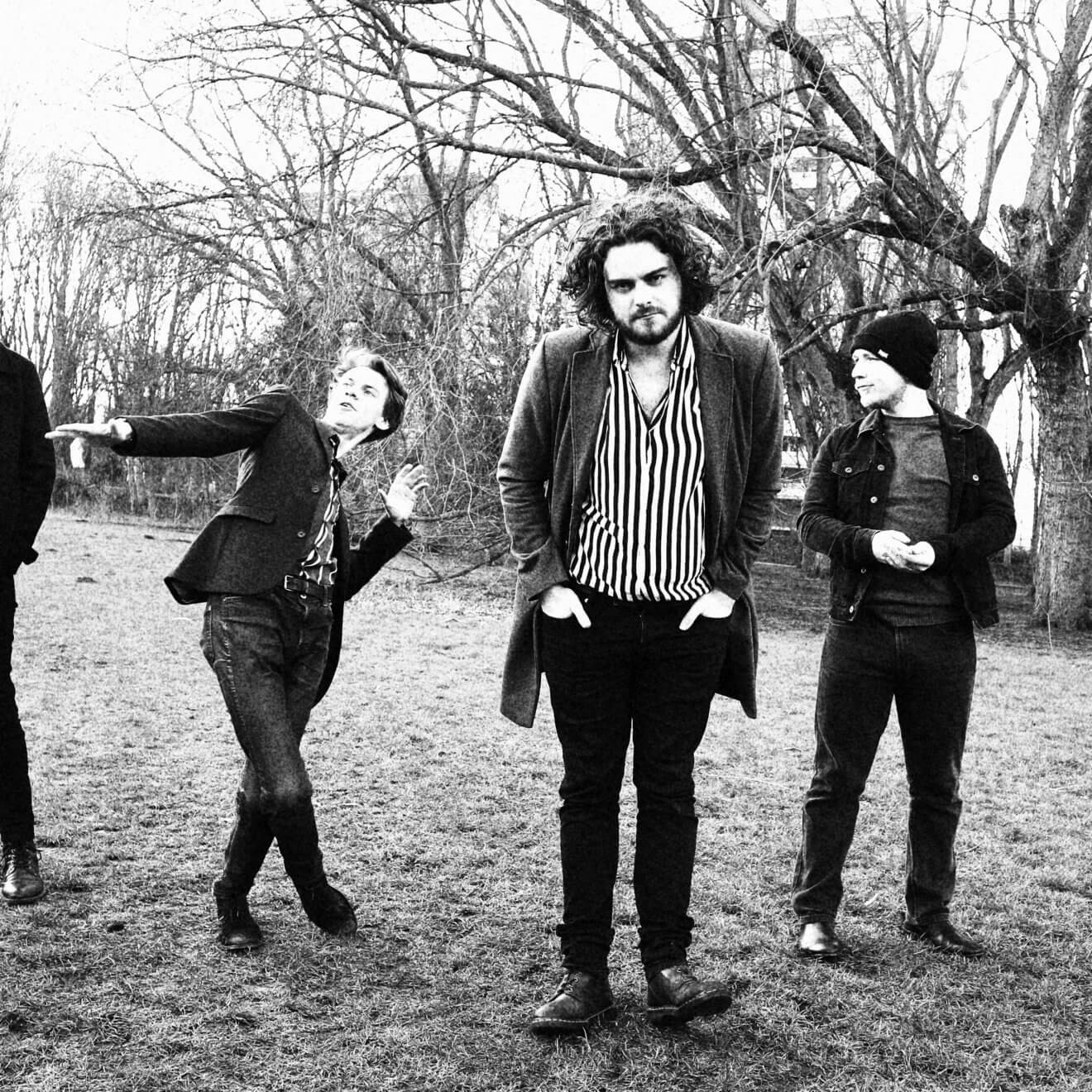 "An impressively well-crafted track considering it’s their first single; from its quirkily haunting lyrics, to its skilled instrumentation consisting of the Foals-reminiscent bassline, and great guitarmanship."

The reflective and aggressive sound of The New Nostalgia was born on the streets of Amsterdam when four old university friends tried to comprehend the existential haze of their mid-twenties.

Stained with echoes of Foals and Gang Of Youths, established Yorkshire songwriter Patrick McCallion, along with James Sands, Sam Bramhall and Charles Adey are storming into 2019, bringing their explosive new live show to smoke filled rooms across Europe. With haunting lyrics that will get under your skin, The New Nostalgia are questioning what it means to be young at heart in a Post-Brexit world.

Debut single ‘Fragile Bones’ is a reflective song about the post-university haze that many twenty-somethings find themselves in. Lead singer Patrick McCallion says “It’s a song about getting home after an embarrassing night of heavy drinking and having a talk with yourself about life in the bathroom mirror. I think a lot of people in their early twenties start to realise that when their parents were their age they had careers, houses and kids. You realise that you’re still essentially living the same way that you did when you were a student and it hits you over the head like a tonne of bricks.” For a band so early in their career, The New Nostalgia have wracked up and impressive list of achievements. One week before the release of Fragile Bones, they were shortlisted by NME and DIY Magazine in their unsigned Mad Cool 2019 contest as one of the Top 50 entrants in the UK. They have also headlined a stage at Long Division Festival on a bill that was fronted by Peter Hook & The Light, We Are Scientists and Asian Dub Foundation, as well as performing to packed out rooms across Europe. Their sold out debut show in Amsterdam was met with high praise, “ What an amazing evening: the birth of a great band… gave me goosebumps, the strong voice of the singer, intelligent lyrics, beautiful bass lines and a guitarist who knows how to orchestrate musically... You are going to hear more from these guys, that's for sure: welcome to The New Nostalgia!” The band are currently working on their debut album, which will be out in 2020. Their highly anticipated second single "Nothing Is New" will be released on January 24th.

Nara are a four piece rock outfit hailing from Manchester. With a melodic sound and thoughtful lyrics and are influenced by everything from 90’s rock to funk. Nara have been building up steady critical acclaim and a solid local following by playing Manchester’s small venues throughout 2019.