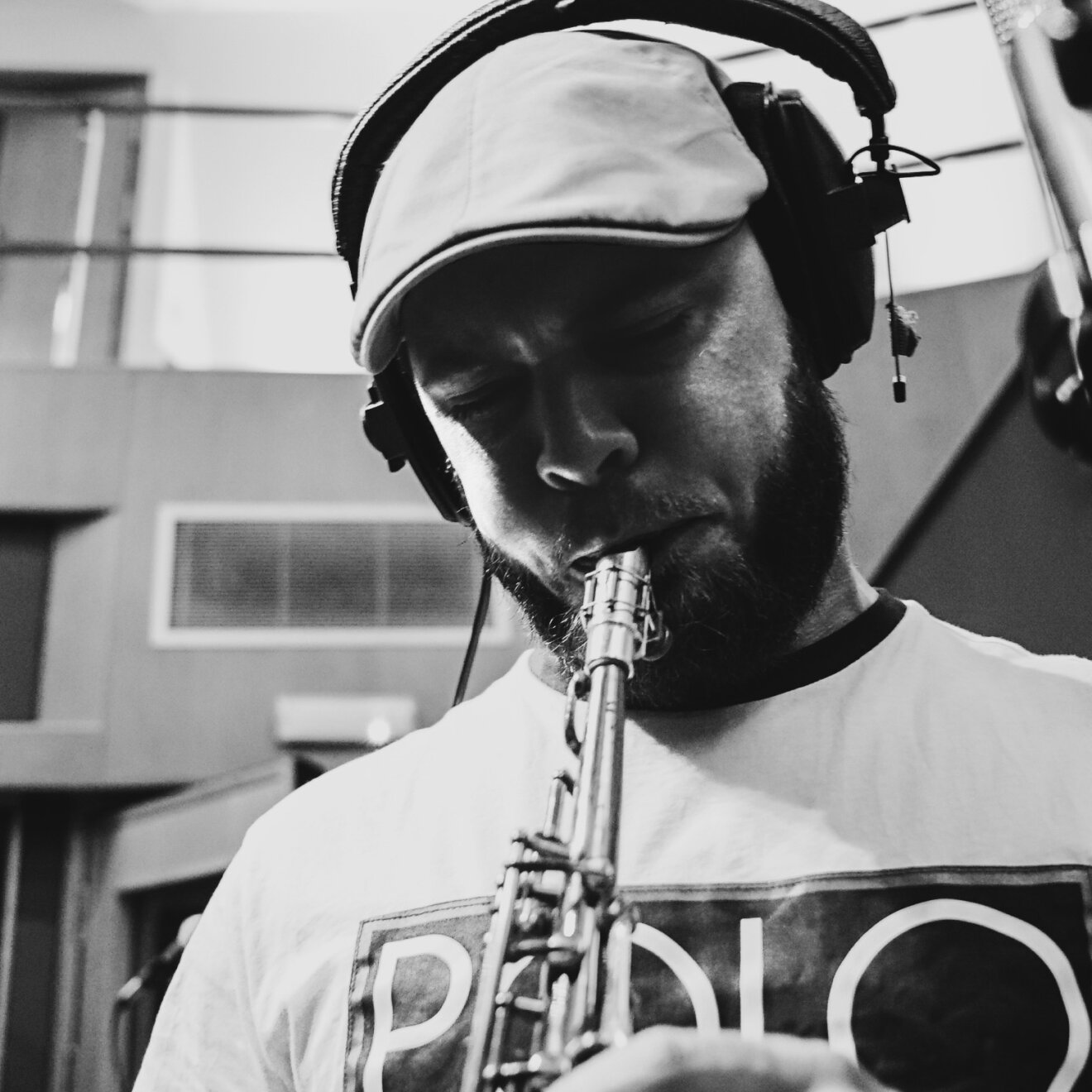 Tenderlonious led jazz quartet Ruby Rushton are one of the leading, most forward- thinking and prolific bands to emerge from London’s thriving jazz scene. They have been at the forefront of the UK jazz scene since the release of their debut album ‘Two For Joy’ back in 2015, an album credited with introducing a new generation to jazz music in the U.K. Their music is rooted in the spiritual concepts of jazz heroes such as John Coltrane and Yusef Lateef, whilst adopting influences from hip hop, Afrobeat, bebop, jazz-funk and sounds of the U.K. underground. In 2019 the band released their 4th studio album and most successful to date “Ironside”, described by The Quietus as “vibrant, flawlessly executed and totally joyous throughout; it's hard to ask for more”.

“If ever proof was needed that the London jazz scene is on fire right now - here it is!” Evening Standard

“High-impact, no-nonsense virtuosity, aimed at moving bodies as much as anything else” Arts Desk

Trumpeter, composer and band leader Nick Walters is arguably one of the most sought after and respected musicians in the UK Jazz scene. Known for his work with the bands Ruby Rushton, Riot Jazz Brass Band and Beats & Pieces Big Band, he also leads the Paradox Ensemble, a diverse collection of some of his closest musical collaborators. The eleven piece group combines spiritual and eastern jazz moods with West African rhythms, channeling the spirit of Woody Shaw, Miles Davis, Byron Wallen, and absent friends. Following the successful 'Awakening' and 'Active Imagination' releases on 22a, 2021 will see the first release on his newly formed label D.O.T. Records – the new Paradox Ensemble album 'Implicate Order'. Expect another vast exploration of genres, cultures and moods, paying homage to the jazz greats, whilst always giving musicians freedom and room for expression.

Dennis Ayler is one of Tenderlonious’ regular collaborators: he mixed the latest Ruby Rushton record, has released a handful of 12” EPs on 22a and also DJs at Tenderlonious’ forthcoming Manchester show. Their collaborative LP presents a music ‘unique to their world and lifestyle’ – a bold exploration of afro-house, boogie and broken beat that is diverse and groovy.

“The label at the centre of South London’s musical evolution. Encompassing a kaleidoscopic patchwork of hip-hop, house, jazz, and groove investigations bound by one thread: a timeless belief in rhythm as a universal language.” The Fader

“These guys are basically responsible for putting SE15 on the musical map. If you like house, soul, hip hop, jazz and African percussion then the 22a label and crew is for you. Everything put out by the members is utterly absorbing, fusing cultures and sounds from remote, far-off lands to the heart of the capital. They are an aural honeypot.” Stamp the Wax

“Tenderlonious heads up 22a, a label so on-point we could pretty much fill this column entirely with artists from its roster. This label is forging out a fresh universe for others to explore.” Clash