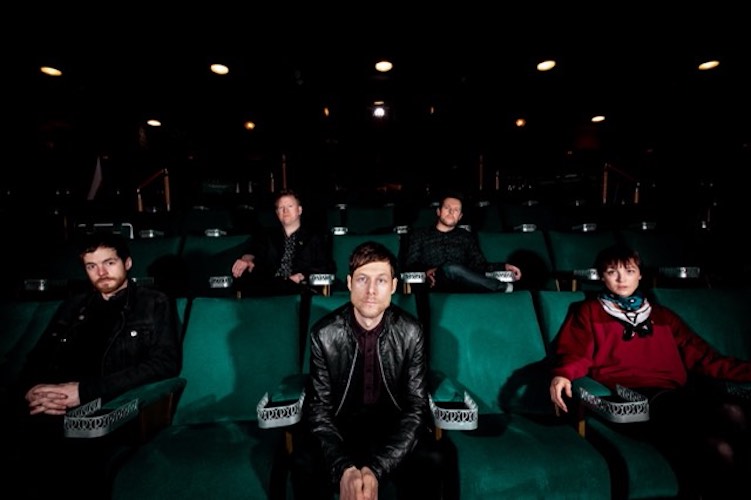 Sea Fever explains that their coming together as a unit felt inevitable: “We’d wanted to work with each other for ages, so when we finally sat down in the studio, the band just seemed to come together naturally. It felt like we were really free to explore the kinds of music that have always inspired us, we dug right through the record crates of our minds to shape the sound of Sea Fever.”

The result is a debut ten-track album that represents the sound of a band instinctively working together; effortlessly exciting and equally timeless. Including recent singles ‘De Facto’. ‘Crossed Wires’ and ‘Folding Lines’, the full-length will also feature upcoming singles ‘Under Duress’ and ‘Built To Last’.

Fusing intelligent electronics and clanging guitars, underpinned by soaring and hypnotic strings, the band has already picked up early support from the likes of Chris Hawkins on BBC 6 Music.

"In a nutshell, this is perfect modern pop music which deserves to be heard" Louder Than War

"frantic new single ‘De Facto’ is their much more electronic, a punchy sequenced construction that is likely to fill indie club dancefloors while also crossing over to lovers of synth” ElectricityClub

"A swirling electronic pop song that ripples with a precision of early Depeche Mode or New Order, shadowy atmosphere crafted from synth motifs, pulsing beats and ominous refrains" God is in the TV

"one Fever that you really won’t mind catching” Gigslutz

Sylvette are a 5 piece Art-rock band from Manchester.

“When I listen to Sylvette I get from it: An intense and dramatic soundscape with some rocking guitar work. Passionate and powerful vocals. It’s my kind of music!” Phil Cunningham, New Order, Bad Lieutenant, Marion

All hailing from different musical backgrounds, each member draws from unique influences to give Sylvette an identity completely its own. Think the raw, yearning melodies of Led Zeppelin and Jeff Buckley supported by the bold sounds of Bjork and Aphex Twin, all fused together by the disturbing poetry of Neutral Milk Hotel.

Inspired by art in all its forms, Sylvette draw from the elements and traditions of many different genres and synthesise a unique experience that celebrates the full spectrum of the music scene today. On one hand it’s natural, earthy, and ritualistic and on the other futuristic, celestial and even glamourous. Their sound is overall bold and new but most importantly, at its heart, emotionally raw and vulnerable.