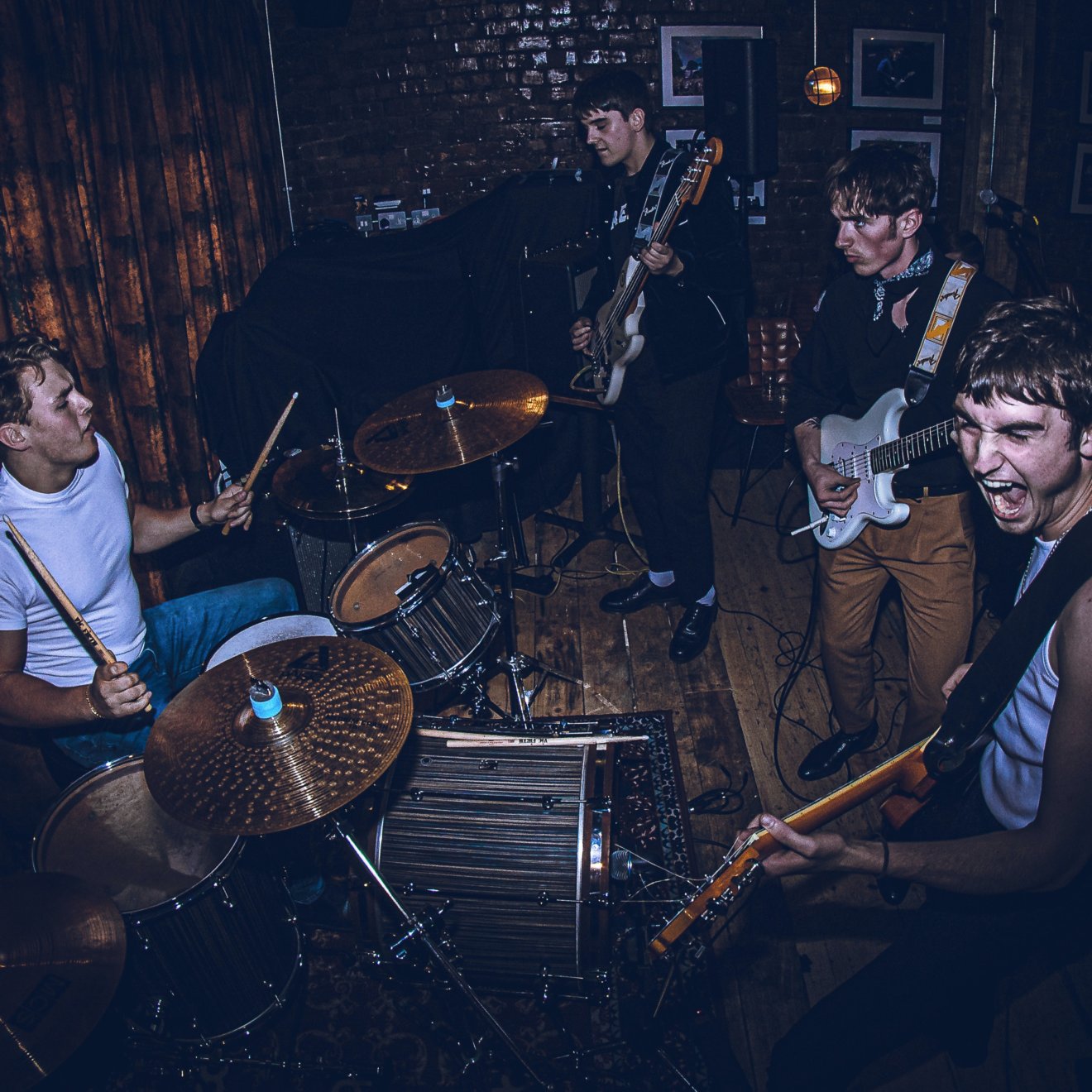 "A mischievous grin and a flat cap tip to the Indie influences of their past, however you can’t help feel like you are enjoying being kicked in the face with big distorted guitar riffs and huge drums" >New Sounds

"In 1890 Scuttlers were typically young gangsters who hailed from the lowest income areas of Manchester. Nowadays they’ve swapped knives and heavy belt buckles for guitars and a killer stage presence" New Sounds

"The stylish four-piece fronted by charismatic lead singer Kaiden Nolan nail it with a driving sleaze rock meets punk slamdunk of a record that grabs you by throat from the off. Fuck the doom & gloom that seems to hang over everyone at the moment; this band is out to have a good time and delivers the kind of sound you can dance to, move to, drink to, and forget the woes of the world to!" Louder Than War

"It doesn’t give up with driving, guitar fuelled energy before ending abruptly in a slab of delay and echo. A cracking and confident debut from The Scuttlers, I can’t wait to hear them live!" Louder Than War

In our small towns the community comes to know the dreamers, the black sheep and the drop-outs, sometimes confusing them as one and the same. Blessed with a mind that can’t easily compute the humdrum, but bestows prodigious, early capacity for the extraordinary, Jones rose from the confines of tired expectation at an early age. Asperger’s Syndrome found him reading at three-years old, finding his way round the piano effortlessly at eight and taking to the stage at Kendal Calling at 18.

As sure footed as any 19-year-old can be, the step into a record deal with Run On Records and Modern Sky was a leap without question. Don’t take no for an answer, don’t pass up life’s opportunities and let doubt give way to surety that, whatever happens, it was always worth a shot. Be more Cobain Jones.