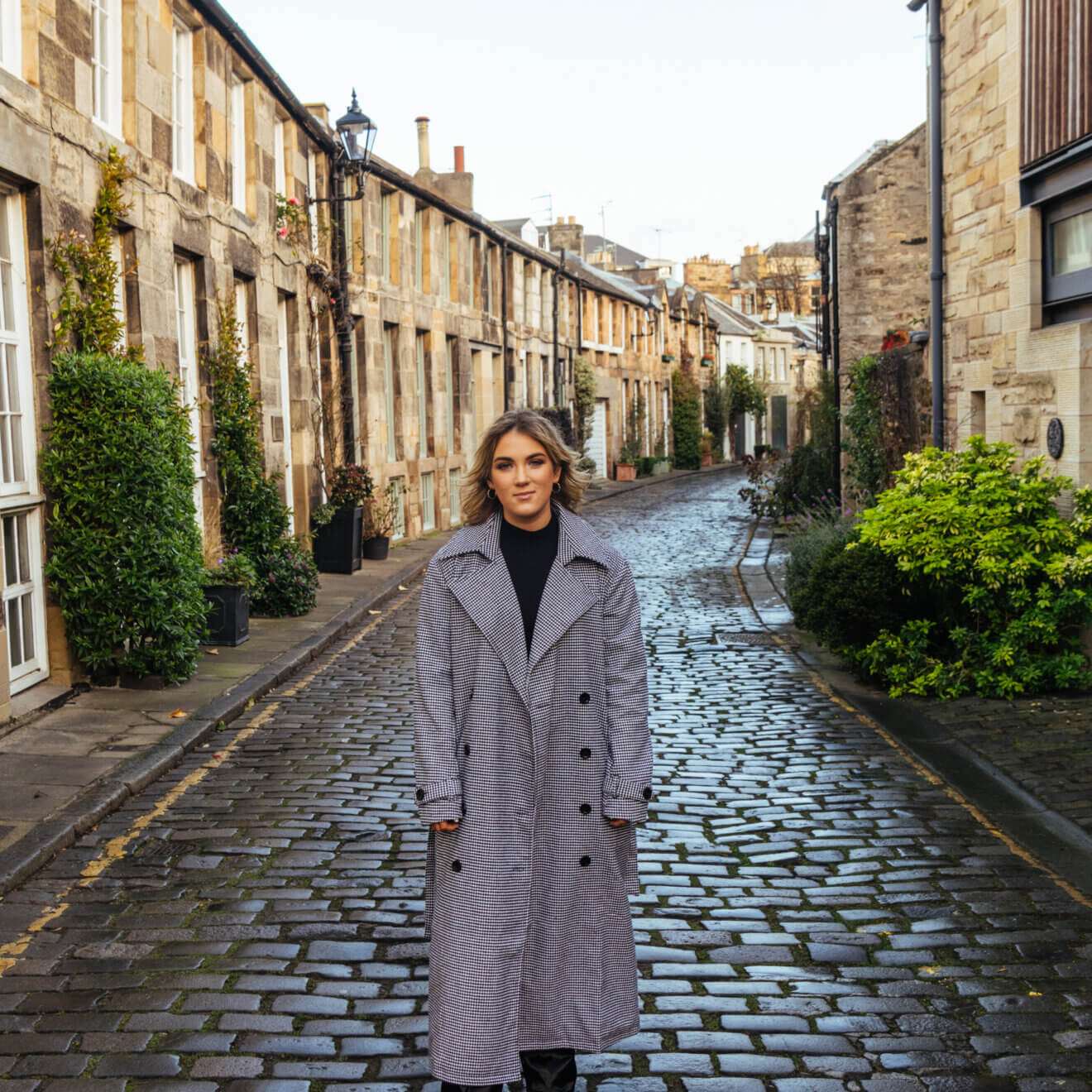 If you haven’t heard the name Rianne Downey, then now is the time to get acquainted. When lockdown began in March of last year, the young Glasgow singer-songwriter made herself known on social media with a series of stone-cold classic covers and instantly became a hit. As her videos became increasingly popular, spreading some much-needed cheer at a time when people needed it most, and her followers continued to stack up, it quickly became apparent that Downey was a talent not to be ignored.

Now, the focus has diverted to her own material. Having built up an impressive following over the last 12 months, everything has been put in place for the release of her debut single ‘Fuel To The Flame’ and it arrives today on all streaming platforms.

Produced by The Coral frontman James Skelly at Parr Street Studios in Liverpool in late 2020, the track showcases Downey’s innate skill for lyrics and melody; her tender musings delivered over a stirring, finger-picked instrumental with an understated country twang. Citing heavyweight influences as eclectic as Amy Winehouse, The Specials, Dolly Parton and Patsy Cline, there’s a sensitivity to Downey’s songwriting that draws you in as she documents the next stage in her personal journey of growth, leaving behind the people who dragged her down and coming out the other side with a stronger sense of self-belief.

Downey says “This song is a response to hitting the lowest point, and realising from there things can only get better. it can take a crisis to realise that time isn’t infinite and every day not being true to yourself is a day wasted. It took the awful early days of the pandemic for me to stand up and refuse to give in to it, or anything else for that matter” Tenement TV

Debut EP ‘Fuel to the Flame’ out now.

In our small towns the community comes to know the dreamers, the black sheep and the drop-outs, sometimes confusing them as one and the same. Blessed with a mind that can’t easily compute the humdrum, but bestows prodigious, early capacity for the extraordinary, Jones rose from the confines of tired expectation at an early age. Asperger’s Syndrome found him reading at three-years old, finding his way round the piano effortlessly at eight and taking to the stage at Kendal Calling at 18.

As sure footed as any 19-year-old can be, the step into a record deal with Run On Records and Modern Sky was a leap without question. Don’t take no for an answer, don’t pass up life’s opportunities and let doubt give way to surety that, whatever happens, it was always worth a shot. Be more Cobain Jones.