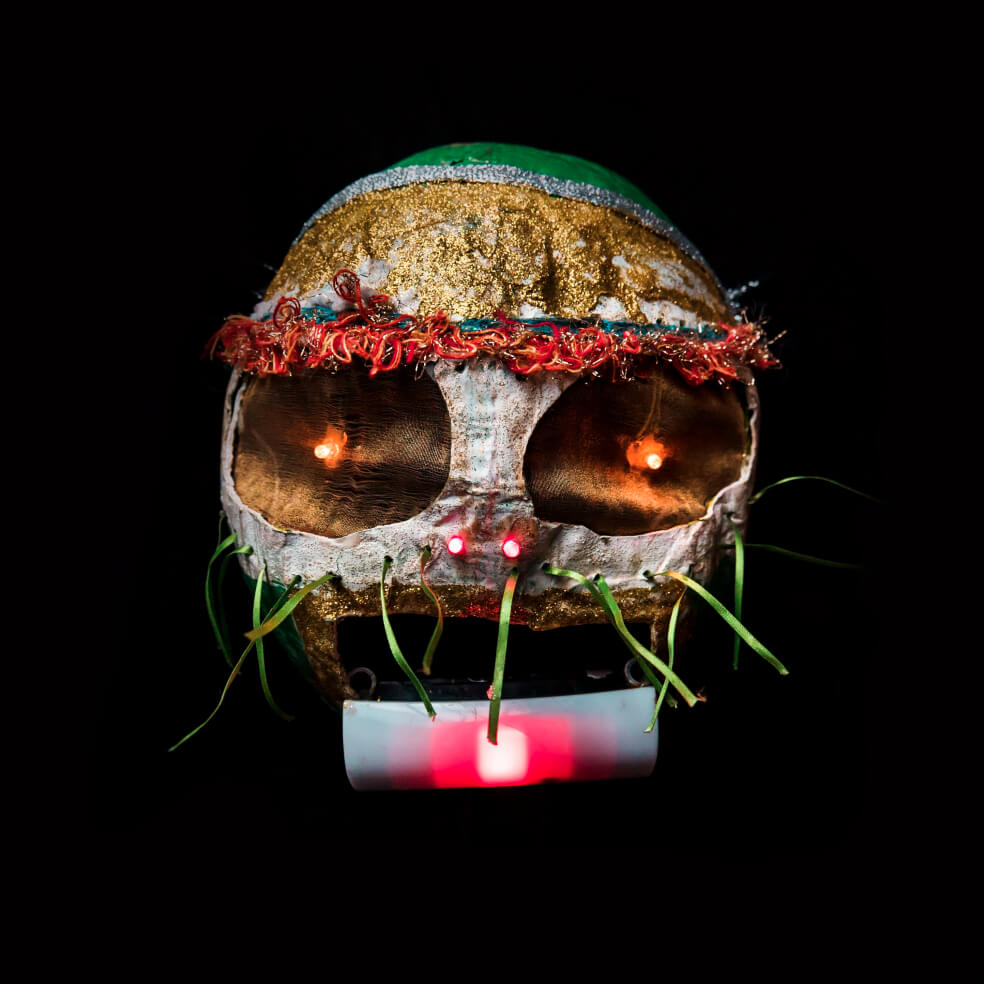 Behold the sonic and visual spectacle that is Paddy Steer. If you know, you know. If you don't, then where have you been?

Deco records hosted Paddy at Night & Day nigh on two years ago in those hazy days of innocence and wonder back in November 2019, and it has been a long wait until what will be a triumphant return this autumn.

Paddy Steer is a Zelig-like character along the timeline of Manchester’s musical activity. It’s a testament to his musicality that he has played with such a wide range of music and artists over the years, be it as a bass player, drummer, Hawaiian guitarist, or all these roles at the same time.

In rejection of the notion of ‘immaculate reproduction’, live performances err more daringly and admirably on the frontier of chaotic abstraction, expression and focussed blunder. From behind his stacked array of instruments, the anarchically intrepid punk gargles through a vocoder styled into his iconic headwear with his xylophone all a-clatter. His blinkered resolve and capacity to create must be unparalleled.

“sounds like a Swiss cuckoo clock made of egg boxes and horsehair, glued together by an African Moog player in a Vietnamese iron monger’s shop”. Graham Massey

Former Kerosene band mates Paul Taylor and David Hancox began collaborating under the name Def Robot in 2019. The project brings together their shared love of punk-rock-Americana, all mixed in with gritty Northern punk and a love of film noir.

In just six months they wrote, recorded, and produced six quality albums, each new one as unique and inventive as the last. The band’s 9th album, Seeds Of Dischord, which pays homage to the legendary Dischord record label, was released in May, with the first single being Claim Your Stake.

Comrades have since been recuited including Paul Shwarzer on drums, Rob and Adam on guitars and bass and Simondo on keyboards completes the current full band line-up.

Her deceptively simple songwriting - at once universal and deeply personal - incorporates choral vocals, looping synths and the occasional hairdryer.

Opening up this stunner of a line-up is fabulous electronic shoegazer Crimewave.