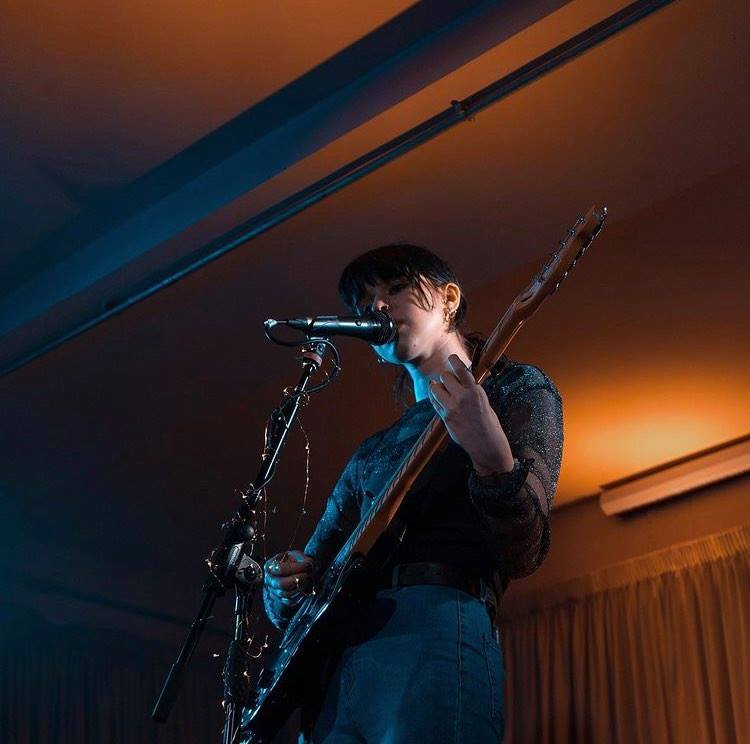 Come and join us as we welcome back live music to one of the most iconic Mancunian music venues.

After a year of loss from the pandemic across the music industry, NIGHTLIFE is an event designed to give back.

All ticket proceeds, donations and raffle money will go directly back to the venue.

22 year-old Manchester-based singer-songwriter and multi-instrumentalist Antonia has been writing and performing music from an early age and playing various shows in her hometown of Wrexham since her early teens.

‘Headlights’ is the haunting debut single, released under the alias ‘Nela’s Odyssey’, that will make Antonia’s mark on the Manchester music scene, released through independent label, Someone Great Records. Written and performed by Antonia with production from Matt Davies of award-winning indie-pop duo Sleepyhead, Headlights takes inspiration from the indie folk-rock sound that Antonia grew up listening to with a nod to the complex and euphoric sounds of Ben Howard and Bon Iver. The track starts off slow and minimal with vocals taking centre stage, slowly building up acoustic sounds and percussion for a melancholic yet powerful finishing chorus.

Misha is a 21-year-old nonbinary guitarist/singer/songwriter with a liking for infusing languages beyond English into their music as well as a late 90s/early 00s pop element. They are currently starting out with recording their own stuff/writing after having spent the last year attending open mics and trying to find their feet as an artist and what they want to put out into the world. It has always been their dream to host gigs and redistribute funds to trans/lgbt charities and provide a safe space for them through music! They are also an amateur filmmaker so what they plan to create provides a soundscape for what it would feel like to step into a screen.

Redamarcy, also known as Will Smith is a solo indie/alternative musician from South Yorkshire. He is mainly involved with alt-rock and 90s/80s music culture yet is massively inspired by dream pop and modern indie. Redamarcy’s sound has a smooth and surreal dreamy sound that is perfect for fans of bands like Slowdive and Wolf Alice.

Originally from Cheshire, singer songwriter Lissy has spent the last couple of years in Manchester building her following and unique style of 90’s inspired alternative music, taking inspiration from artists such as Wolf Alice, Mazzy Star, and PJ Harvey.

Waterfront are a newly formed psychedelic rock band from Manchester who play a vintage rocknroll sound with a modern twist.

Indie pop band & writers of your next favourite track, Nightlyfe are a group of 20-something year olds, giving it a shot at releasing some dope music that they've been working on for 3 years. They've got the tunes, the vibes, they are NightLyfe.

The Manchester-based singer, songwriter and multi-instrumentalist Oscar Bryant creates a signature and independent style of music with his bassist and co-producer Harry Ackerman. Their music is a mix between 70s pop and contemporary indie. "I like to experiment in and out of many genres, i'd like to think the sound that we create is acceptive by modern audiences whilst giving a nod to the old classics".

Emily and her band are a Manchester based country pop/rock band. They are performing all over the UK this year, including the Manchester International Festival in July, with headline gig in London in September. Emily is often compared to a young Taylor Swift meets Avril Lavigne, her songs feature strong storytelling, often about angsty experiences and produced with a modernist country twist.

20-year-old singer/songwriter Minerva Daisy takes inspiration from the likes of Nirvana, Etta James, Radiohead, Queen and Hozier to create her addictive indie-pop/blues sound. She explores important issues such as body confidence, female empowerment, love and relationships through her music delivering a strong message to accompany stunning vocals and piano melodies that will have you hooked on her sound.

Manchester-based punk band Floor 4 bring a breath of fresh air to the upcoming music scene with their punchy sound and unique aesthetic. Taking inspiration from bands like Bikini Kill, Hailstorm and Pale Waves and exploring gender, embracing identity and political ideologies through their own lyrics, Floor 4 have a clear message to portray that they hope will inspire other young people. Mars (They/Them), Aidan (They/Them) and Kay (They/Them) are currently working on exciting new projects, making Floor 4 one to watch this year.

Caitlin Jenkinson is a Manchester-born solo female ballad pop artist with an accompanying band. Her influences include Sia, Mika, Elton John and many more. She is currently studying a Vocals degree at BIMM Manchester and she writes her songs with the aim to move people. She believes in the value that unsigned and smaller artists bring to Manchester and can’t wait to perform at Night and Day!

A photoshoot for yourself or your band

A professional press release for your latest single