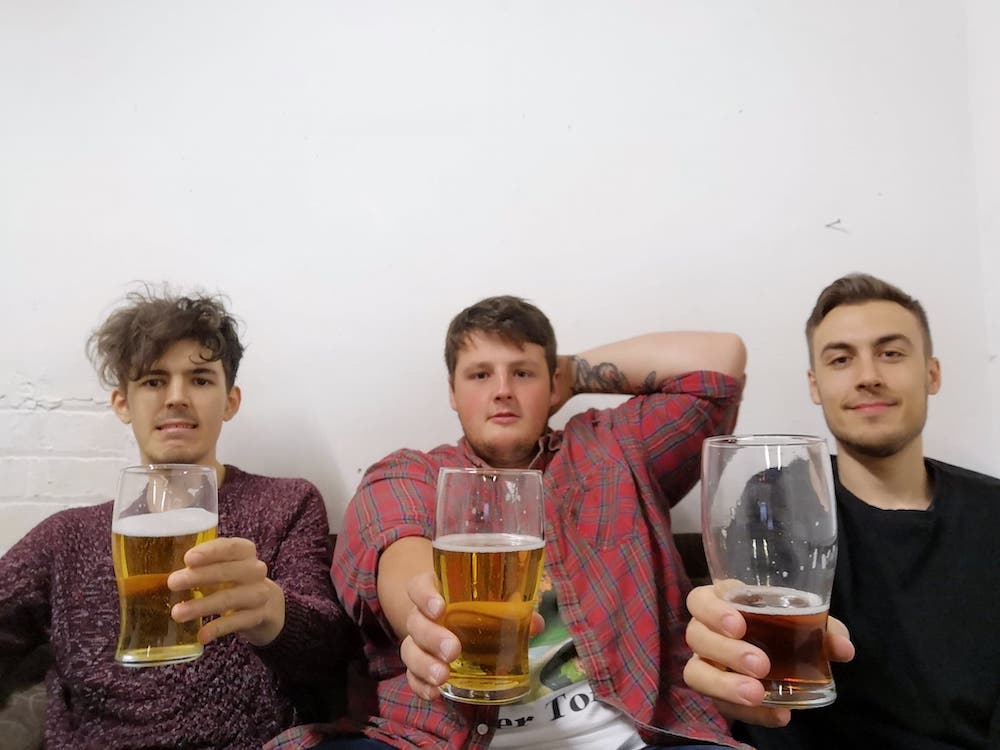 Pippin are a brand new punk/noise trio named after the dog from Come Outside. The band will make their live debut at Night & Day, Manchester to promote the release of ‘Nige’s Day Off’, the new single from their forthcoming  EP.  FFO: Reuben, Refused, Pulled Apart By Horses, Heck, Gallows

Moretti is an original band from Bradford, West Yorkshire. Playing their first gig in March 2019 , they made an instant impact in the bars they played in and are ready to take the rest of the country by storm. Be sure not to miss this unique rock n roll band.

Black Buttons are an indie rock trio hailing from Bradford. Utilising the punk energy of the Cribs, the grooves of the Strokes and the introspective lyricism of the Arctic Monkeys to culminate in a melting pot of captivating guitar music, they’re hypnotising at their softest and abrasive at their hardest. As a fairly new band, they’re currently in the midst of recording songs for the debut EP.

South of Summer are an experienced Manchester-based band, bringing back nostalgic 90’s rock vibes whilst adding their own alternative edge, creating foot-tapping and heartfelt songs that everyone can relate to.
Facebook Event