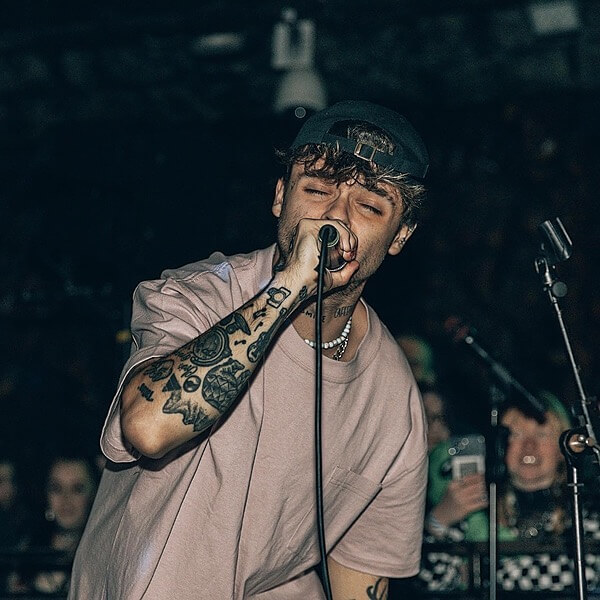 "Hailing from the West Midlands, exciting new British Pop-Punk artist LOU has gone from strength to strength, after finding his voice during lockdown.

His combination of Pop, Punk and the additional elements of Rap, makes for a sound distinctive to LOU; taking inspiration from a mixture of artists, including: Yungblud, Ed Sheeran, Stormzy, Busted, McFly, All Time Low, Neck Deep & Justin Bieber to name but a few.

Though despite his love for music & having stars in his eyes from an early age, LOU didn't always see his dreams of becoming a recording artist as tangible, as music was never something that he believed came naturally to him. All this changed in 2020, after a friend left a ukulele at LOU home & the UK went into lockdown. LOU began teaching himself to play the ukulele by learning covers, which naturally segued into him writing his own songs & as a result, the discovery of his true passion.

LOU later began to release the music he had been writing, sharing it across his socials and attracting a rapidly growing fanbase, which subsequently led to a sold out debut headline show in Oct 2021 at Dead Wax Digbeth, Birmingham.

Now with the release of new single 'OVER AND OVER', pending EP, mini UK tour and many other exciting plans in the works, 2022 is set to be the year of LOU! "