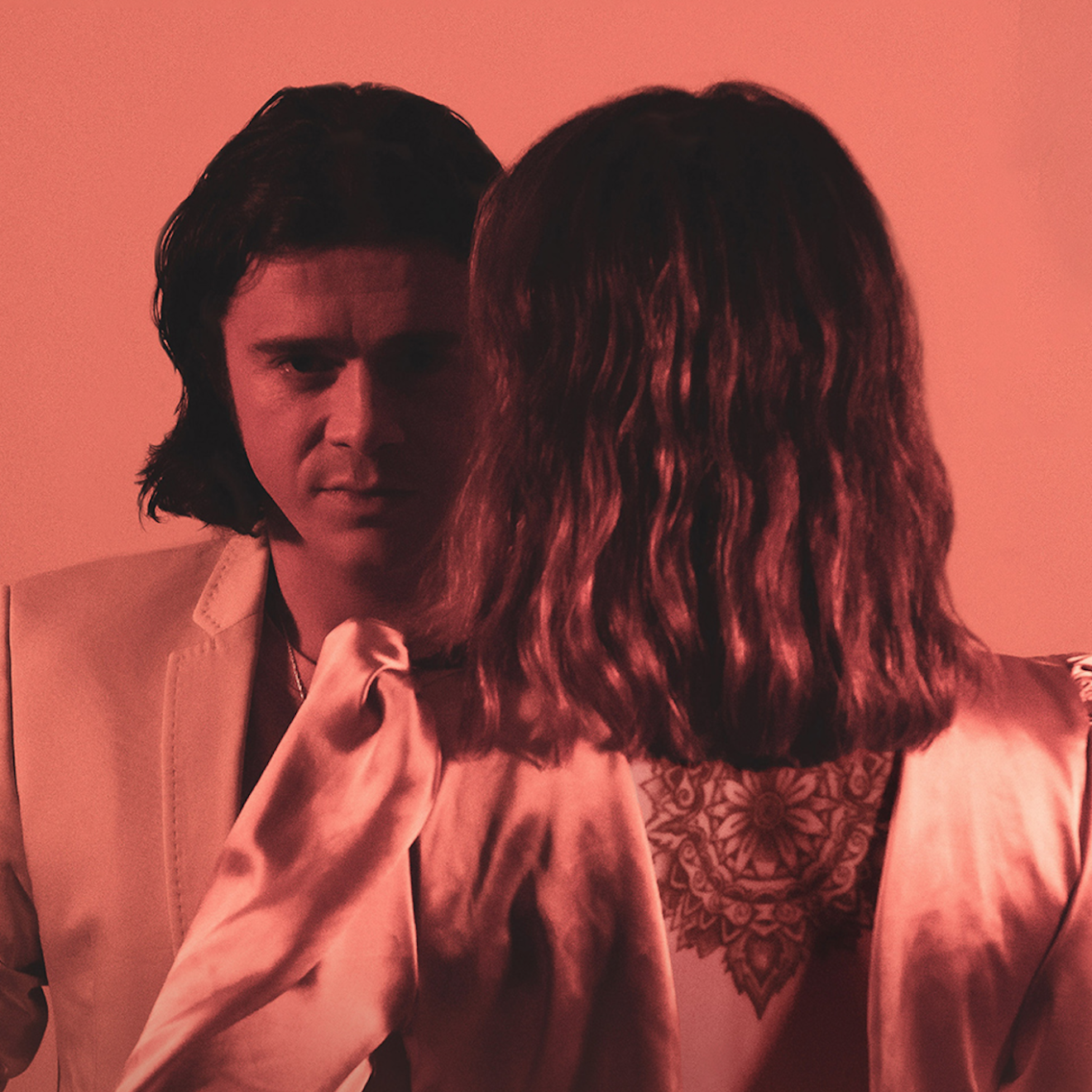 Kyle Falconer is set to release his new solo album ‘No Love Songs For Laura’ on July 30th. The View frontman has ignited anticipation for the record by sharing two lead singles ‘Wait Around’ and ‘Stress Ball’. Eclectic support for the two tracks has included a playlist at Radio 2, a session for Chris Evans’ Breakfast Show on Virgin Radio, praise from Clash and NME, plus adds to Spotify playlists including Peach and Transistor.

‘No Love Songs For Laura’ is an anthemic 13-track set that takes Kyle Falconer in bold new musical directions that has him sounding like he’s never sounded before. It’s a record that works the heart as much as the head, the dancing feet as much as the punching fist of joy. It’s an album of emotional highs and occasional confessional lows which reflects upon both his home life, with his wife Laura and two children, and the journey he has undertaken to arrive where he is today.

“Laura doesn’t need me to write her a love song,” says Kyle. “This is a collection of the emotions, life events and stories that have blown my mind in the last couple of years, and got me to where I am today. it’s a bit of an in-joke between us every time we listen to the mixes in the car together that these were not love songs for Laura but more just a soundtrack to the life we’ve made for ourselves.”

The unrestrained energy of ‘Stress Ball’ and the hip-shaking groove of ‘Wait Around’ establish the standard that Kyle has achieved throughout the album. ‘Rake It In’, for example, feels like the missing link between The Zombies and The Beatles, while ‘Miracle Happens’ is the epitome of West Coast sunshine pop at its best. He wrote the song with Alex Greenwood of Phantom Planet, the two artists having struck up a friendship when they both toured as members of Mark Ronson’s band The Business Intl.

‘Don’t Call Me Baby’ is different still, as Kyle delivers a glorious, upper-register soul vocal that we’ve never heard from him before. It started out as one of the songs that he wrote for a musical which Laura devised. Fittingly, the melodically rich and narratively-concise tune already sounds like a stage-show standard. And ‘Mother’ finds Kyle reaching new heights as a songwriter. Accompanied by acoustic guitar and piano, it’s an impossibly moving tribune to the mum he lost when he was just 21.

Kyle approached the album with a revitalised hunger that made him eager to push himself out of his comfort zone. He started by writing more songs on piano rather than guitar, before teaming up with the producer Frankie Siragusa and using a selection of Motown, soul and funk classics as reference points. The duo spent last August christening the brand new studio in The Libertines’ recently opened Albion Rooms hotel and arts space in Margate, playing everything on a wealth of new material that Kyle had prepared.

The result is ‘No Love Songs for Laura’: no-holds-barred, no-corners-cut, all chances taken, more soulful, more adventurous. Do call it a comeback.

‘No Love Songs For Laura’ is available to pre-order here. A selection of signed items, new merch designs and pre-order packages are all available.

As the frontman of The View, Kyle Falconer smashed into the charts with the classic singles ‘Same Jeans’ and ‘Wasted Little DJs’ and earned a Mercury nomination for their #1 debut album ‘Hats Off To The Buskers’. A rocket-powered decade followed during which they barely let up, careering through a rock ‘n’ roll attitude both on-and-off stage.

Kyle Falconer will follow the release of ‘No Love Songs For Laura’ by playing a special run of shows in association with Assai Records. Each night will see Kyle perform an hour-long set, and will be complemented by a Q&A session with his new manager, the legendary Creation Records founder Alan McGee.