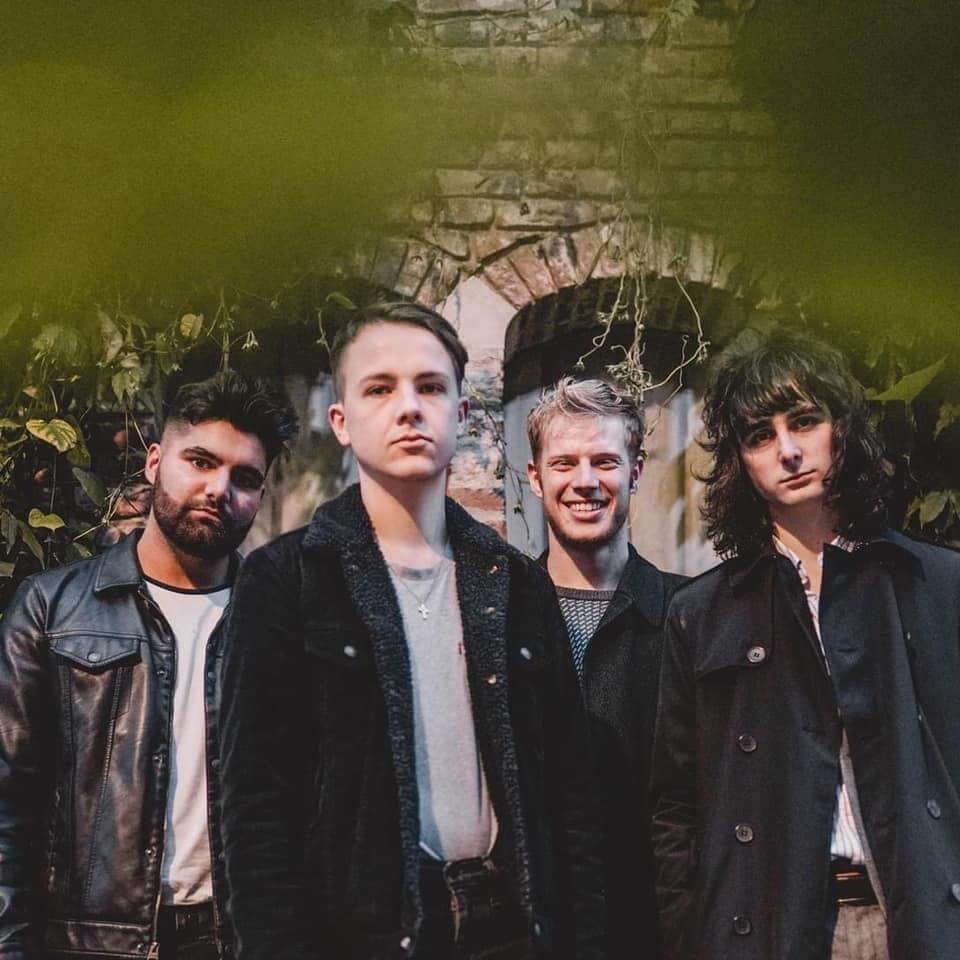 The band started in early 2015 and by December had a cemented a reputation around the South Wales Music scene and embarked on a six-date UK tour comprising Cardiff, Bristol, London, Brighton, Manchester and Liverpool.

Sonically the band offers seductive guitar lines, hip bass parts that will groove you to the core all driven by an avalanche of drums. The songs are fresh yet have a dark undercurrent to them. The music is slick and melodic with well thought out lyrics and hook lines so catchy you can hang your hat on them.

Performance wise Himalayas put on an energetic, jaw dropping show. Their rapport and banter with their audience will make you feel like you’ve known them for years and you are guaranteed to go away wanting more and humming the tunes for days.

Their debut EP release Ecstasy is available in physical and digital format through Peepshow Records.

The first track Cheap Thrills was released as a video to positive reviews, including the following from Mix It All Up music blog....

"‘Cheap Thrills’ carries itself with attitude and is full of energy, displaying a rather dynamic sound with intelligent, self-assured lyrics and brash guitar riffs throughout. We guarantee you that the catchy hooks throughout ‘Cheap Thrills’ will linger in your head for days. Overall, it’s already a stand out track of the year for us."

With the EP released, Himalayas embarked on a heavy live schedule already including festivals such as The Big Cwtch, Hoy Fest and the nationally acclaimed Swn Fest established by Radio 1 stalwart Huw Stephens.

"Thundering basslines locked with energetic, stinging guitar interplays and a confident grunge atmosphere create something even the Yeti would come out of hiding for" Keywood Mag

"The applaud of the audience shouting encore is almost deafening" CardiffStudentMedia

"Their heavy guitar lines, dual vocals and huge hooks have been holding audiences captivated in a very cinematic sound and style" IndieCentral

"A furious garage rock anthem-in-waiting, the sound of a band with their sights set on the top and in rapid ascension" Gigslutz

A Stoke girl and songwriting graduate from Manchester who spent her teenage years in the USA has created her own unique sound, balancing the dark and dreamy with indie rock charisma.

"Blessed with a heavenly vocal, there's a touch of the classic about Lissy Taylor's work. The Stoke-on-Trent native has a fine line in Americana-leaning songwriting, joining the dots between rural England and Kentucky.” Clash

​ “Lissy Taylor's musical evolution from a young singer-songwriter, full of charm and blessed with a stunning vocal, is now able to blend that with real life. At the age of nineteen Lissy had already played numerous festivals, support slots and headline gigs as she builds her audience and grows in confidence. Now, it would seem, is her time to take it to the next level, to raise her public profile and to make a breakthrough." Contact Music

​ "The sound is huge, the production is class our big thing, the record of the week.” BBC Introducing