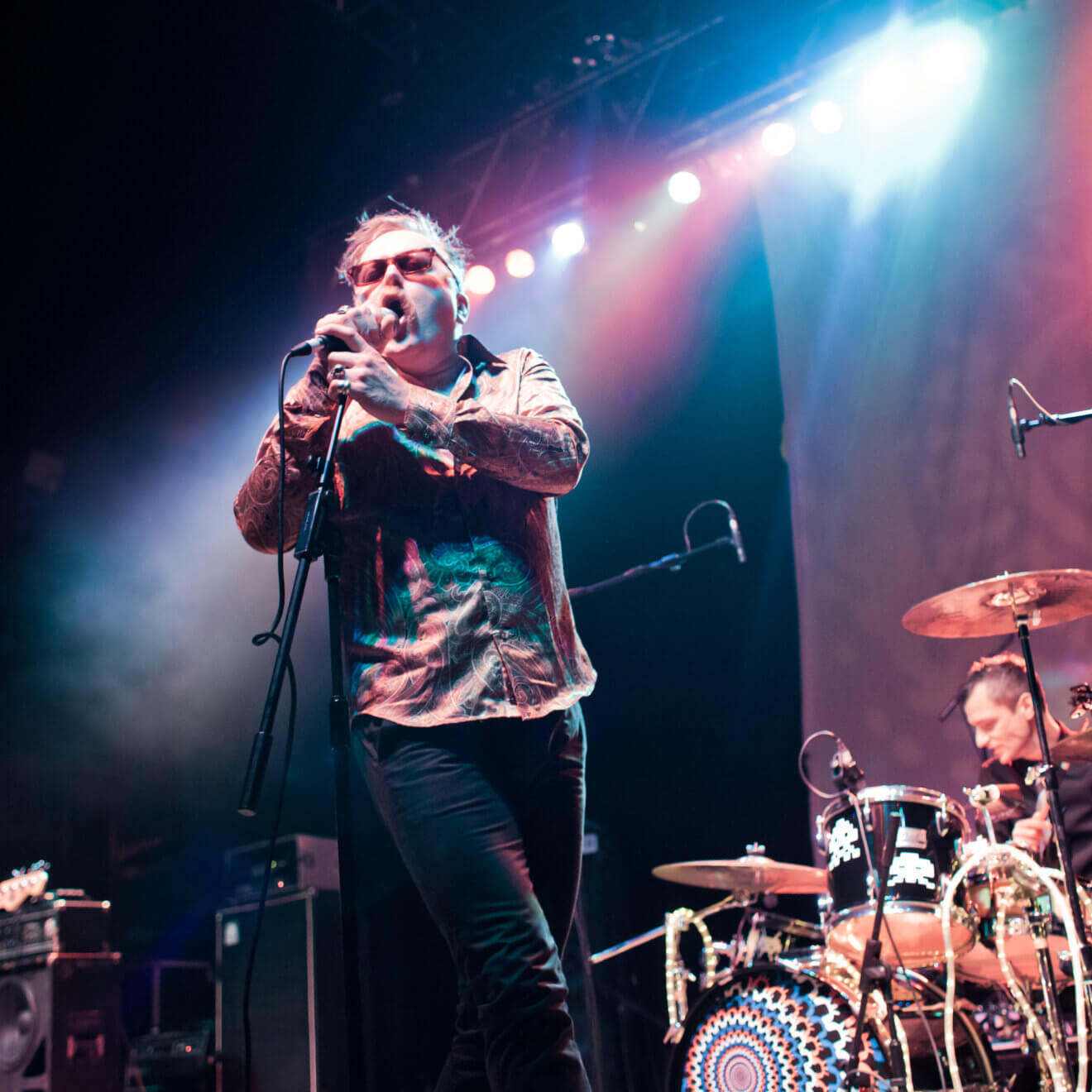 Alternatively loved or loathed like a yeast extract, CUD are indie rock for the unpretentious pleasure seeker, boasting as they do the rich deep-lunged voice of Carl Puttnam, edgy guitars of Mike Dunphy and tight, funky rhythm section of William Potter, bass and Gogs Byrn, drums.

CUD were initially lauded for their quirky Peel session cover of ‘You Sexy Thing’ in 1987. They soon built up a huge live following and buffed up their repertoire with a string of unstraight pop beauties, best exemplified by the 1990 album ‘Leggy Mambo’. This led to a major-label deal with A&M in 1991, front-page NME coverage, massive sellout gigs and proper Top 30 hits, ‘Rich and Strange’ and ‘Purple Love Balloon’.

Misunderstood by record companies and press, CUD packed away their guitars and sticks in 1995 but, bolstered by a greatest hits anthology (‘Rich and Strange’) in 2006, they agreed to tread the boards again, with a further reunion following in 2012 (now with original guitarist and key songwriter Mike Dunphy) and continue to find an army of ‘Space CUDets’ still eager to sing along, dance like fruitcakes and invade their stage.

Jack Ryan, 23, is a singer songrwriter from Urmston, Manchester. He is inspired by a variety of including bands like Pink Floyd, Arctic Monkeys, and the Blossoms. He was previously apart of a band called Electric Blue, that wrote and recorded songs over lockdown, as well as recording covers of well know songs and putting them online.

Jack is back now with a new sound and new approach, and is looking forward to sharing his new songs with you.