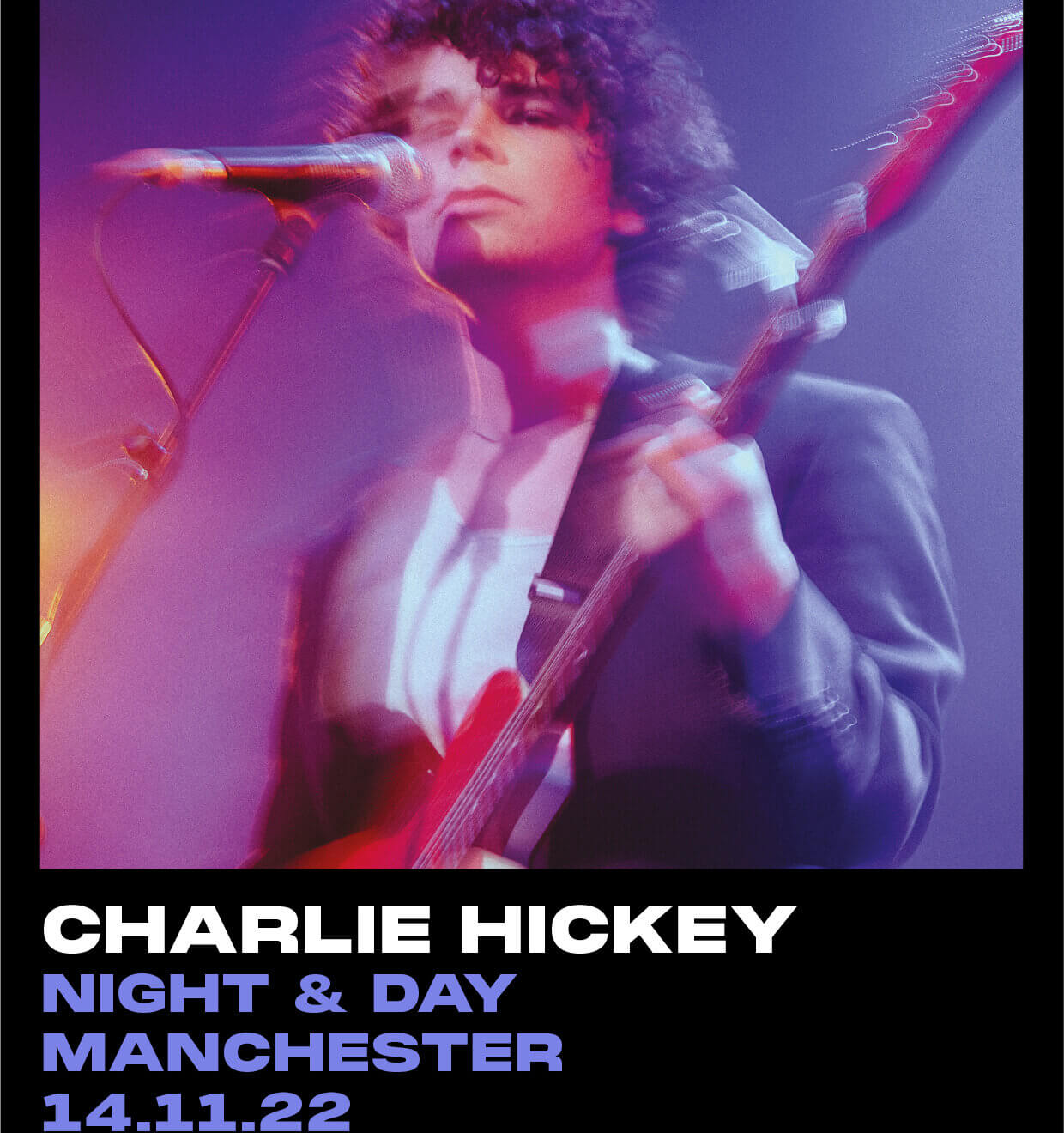 £10 adv
Buy tickets
Charlie Hickey’s debut album, Nervous At Night, began with a journey. Having grown up in Pasadena, in the quiet shadow of downtown LA, Hickey moved away to college at the same time that he got more serious about music, and found himself moving back and forth between his hometown and his newfound independence to play around with song ideas and demos with his friend and collaborator Marshall Vore. These two worlds reveal themselves in numerous forms across Nervous At Night, as Hickey explores life’s graceless passage between teenage years and adulthood, and all of the noise that permeates

Formed of eleven new songs and released in the early Summer of 2022 via Phoebe Bridgers’ Saddest Factory Records, Nervous At Night is, of course, led by Hickey’s remarkable voice, a voice that, like the best pop artists, holds the brave balance of singing fearlessly about your fears. Across the album, he lays out those fears, frustrations, and faith in friendships in richly detailed ways. Hickey calls it a pop record but admits that sonically it moves in many directions, an amalgamation of his love for folk singers and more contemporary peers, from Taylor Swift and The 1975, to Elliott Smith, to Conor Oberst. Like those heroes, Hickey shares a clarity in his songs that is specific in its songwriting but still inviting, open and generous. Nowhere is that truer than on title track “Nervous at Night”, a pop anthem that instantly joins the canon of the great Unrequited Love Songs, with a hook that dances over the song’s anxieties, as Hickey sings how he “can’t keep throwing rocks up at your window.”

Nervous at Night shifts between quiet, heavy-hearted ballads and gleaming, hook-laden tracks. Album opener “Dandelion” is a winding, confessional monologue, built on a folk foundation but moving effortlessly into a shimmering pop dream. “Month of September” – which features a guest turn from Dawes’ drummer Griffin Goldsmith – feels like the capturing of a moment (“In a few weeks we’re going back to the studio to finish the record,” Hickey sings,) but then subtly shifts to a reflection of the kind of anticipation that is so tightly bound to childhood; like counting down to the days to Christmas, like waiting in line for a rollercoaster. “Gold Line” arrives disguised as a windows-down singalong, and it’s well built for that, but hidden underneath is a deeper layer, as Hickey sings about feelings bigger than he can control or resist.

Nervous At Night comes alive in its juxtapositions, chronicling the constant push and pull of life, both its stagnancy and motion in refreshing and honest ways. Chiefly though, this is an album about connection, how even through those struggles we rely on the people around us to keep moving forwards. “I’d like to write songs that are for everyone, that let people into my inner world while also hopefully making people feel less alone on their own. I hope that these songs can be there for somebody the way my favorite songs have been for me.”