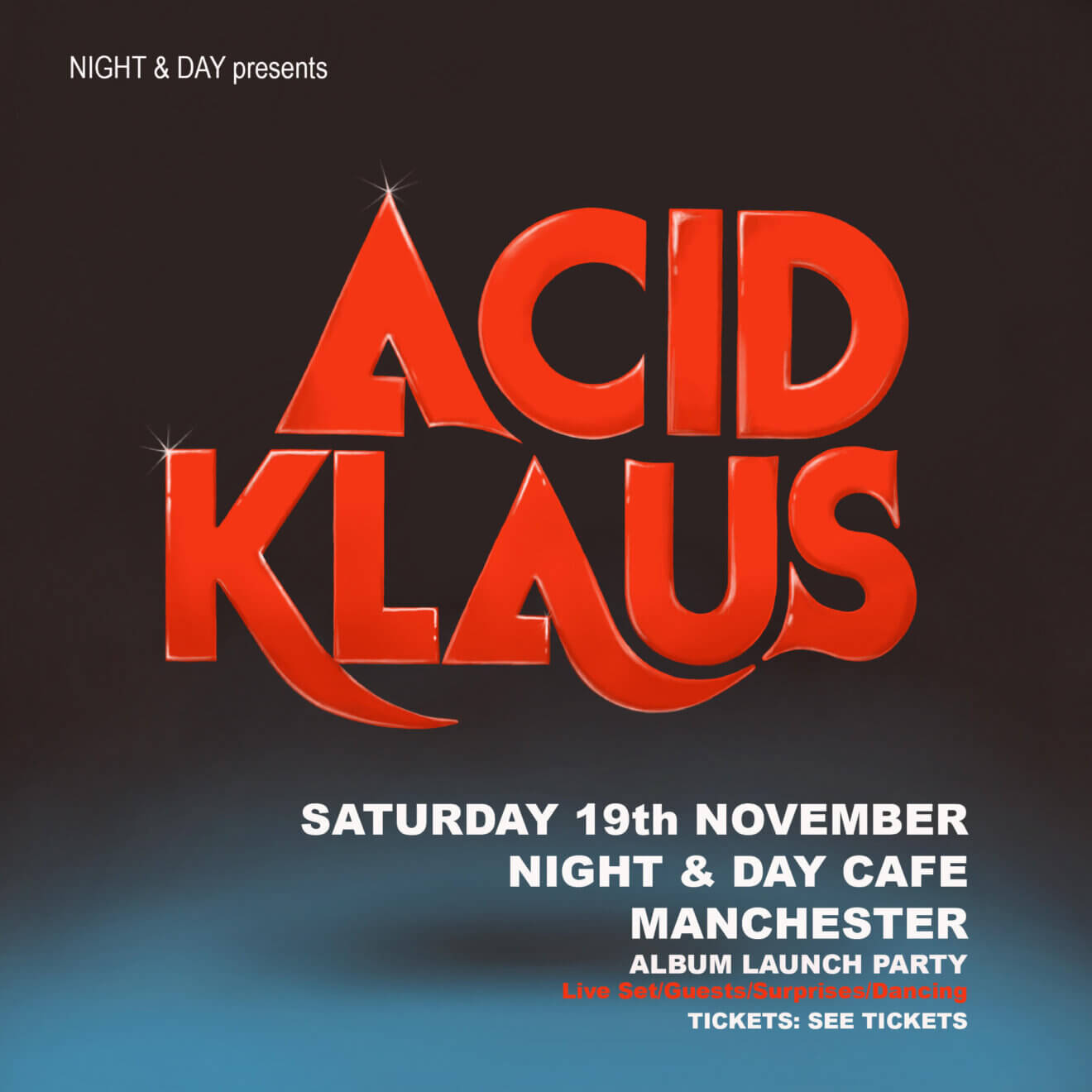 If you look at some of the most exciting, innovative & critically acclaimed electronic music that has come out of Sheffield nay the beautiful North of England over the past years - from the psychedelic electronic rock of ‘The Moonlandingz’ - to the folkloric radiophonic avant garde Of ‘Eccentronic Research Council’ - to the party electro of International Teachers of Pop - at the forefront of all these projects (and many more) is a man in a Hat & shades called Adrian Flanagan.

After ploughing his own path for 2 decades working on the fringes of alternative music as a songwriter, wordsmith, musician, producer, dj and cultural agitator - working with artist as diverse as Maxine Peake, Yoko Ono, The human leagues Philip Oakey, Lias & Saul Fat white Family, Sean Lennon and many more. Adrian returns this year with his new Moniker - ACID KLAUS which he describes as ‘Twilight robotic, body music’ - and a conceptual collaborative solo album to be released by YARD ACT on their own ZEN FC record label (Home to Benefits & Baba Ali) on November 18th.

To celebrate the release, Adrian will be bringing his Live ACID KLAUS collective for some album launch parties to some of his favourite independent venues in the U.K…. Expect guests, surprises and a whole lot of dancing….

*word just in…. He insists you Dance x