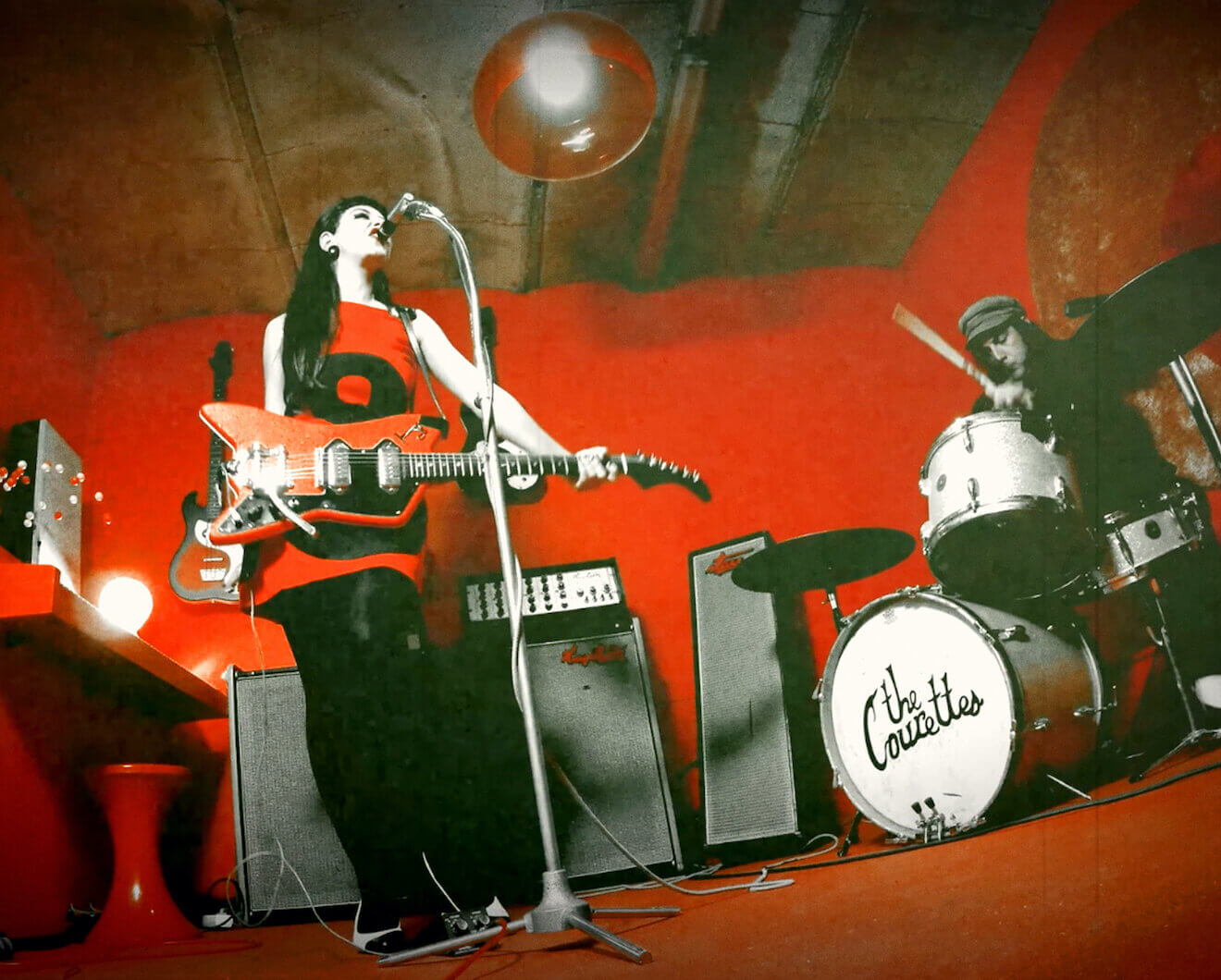 The Courettes is the garage duo sensation from Brazil and Denmark!

In 2020, The Courettes signed with legendary British label Damaged Goods and their brand new smash single “Want You! Like a Cigarette” is gonna be out on May 22nd! The new release has already started to get some praising...

“The Courettes are a force to be reckoned with. Matching the garage rock ferocity of The Sonics to prime early 60s girl group, the band's output is utterly feral in the most addictive possible way. Reminiscent of The Ronettes given a Ramones style overhaul, their evil charms arrive covered in blood-soaked glamour. Twanging guitar and raucous percussion, 'Hop The Twig' is a gonzo take on surf music, a wild head-long charge into the unknown.” Clash Magazine

“The real sound of now busting through my door, new songs that keep kicking the history forward. I can’t imagine my turntable without The Courettes." Rolling Stone

"Mixing Duane Eddy Twang and 60s girl-group vocals. Give it some stick with The Courettes!" Vive Le Rock

“The dynamite just keeps on coming!” The Next Big Thing

"The first Courettes record for Damaged Goods will be May’s “Want You! Like A Cigarette”/ “Night Time (The Boy Of Mine)” single. This extraordinary 45 marries a super-charged pop top side to a charging, rampaging flip." Mojo

The third album is being crafted at The Courettes´ own StarrSound Studios and in due to be released in October.

One of the most hard working bands on the scene, The Courettes have been busy delivering their full-speed energetic performances (more than 250 concerts!) in 15 countries around Europe and Brazil. Still, they have had the time to release two new garage rock killers by the end of 2019: The spectoresque single “Christmas (I Can Hardly Wait)”, a girlie pop Christmas anthem filled with fuzzed out guitars and trashy jingle bells (released by Danish label Crunchy Frog) and a new 7” with 4 killer tracks (recorded / mixed) by Liam Watson at legendary ToeRag Studios in London (released by Portuguese Groovie Records).

Being from Doncaster the band are made up of a pair of twins (our singer Martha and her brother Thomas) and their closest friends (drummer Shannon) and our final piece was our bassists (will) who just completed our ensemble. A fairly new band made up of 19-year olds, Martha and Shannon formed the band over a lunchtime pot noodle in their college and Ever since then the band has been closely knit together and started gigging in October 2019. They moved to Manchester September 2020.

We would describe our sound as alternative, shouty feminist and punk with a modern twist, which is heard best in our debut single, “Straight Gay Brother”, a short song that tackles gender politcs in 1 minute in and a half. We guarantee to play this in our set, and bring this same fun punk energy to all our performances.

“Their debut song is so short, sweet and endearing that it blew away all of the boring, earnest, professional competition.” Louder Than War