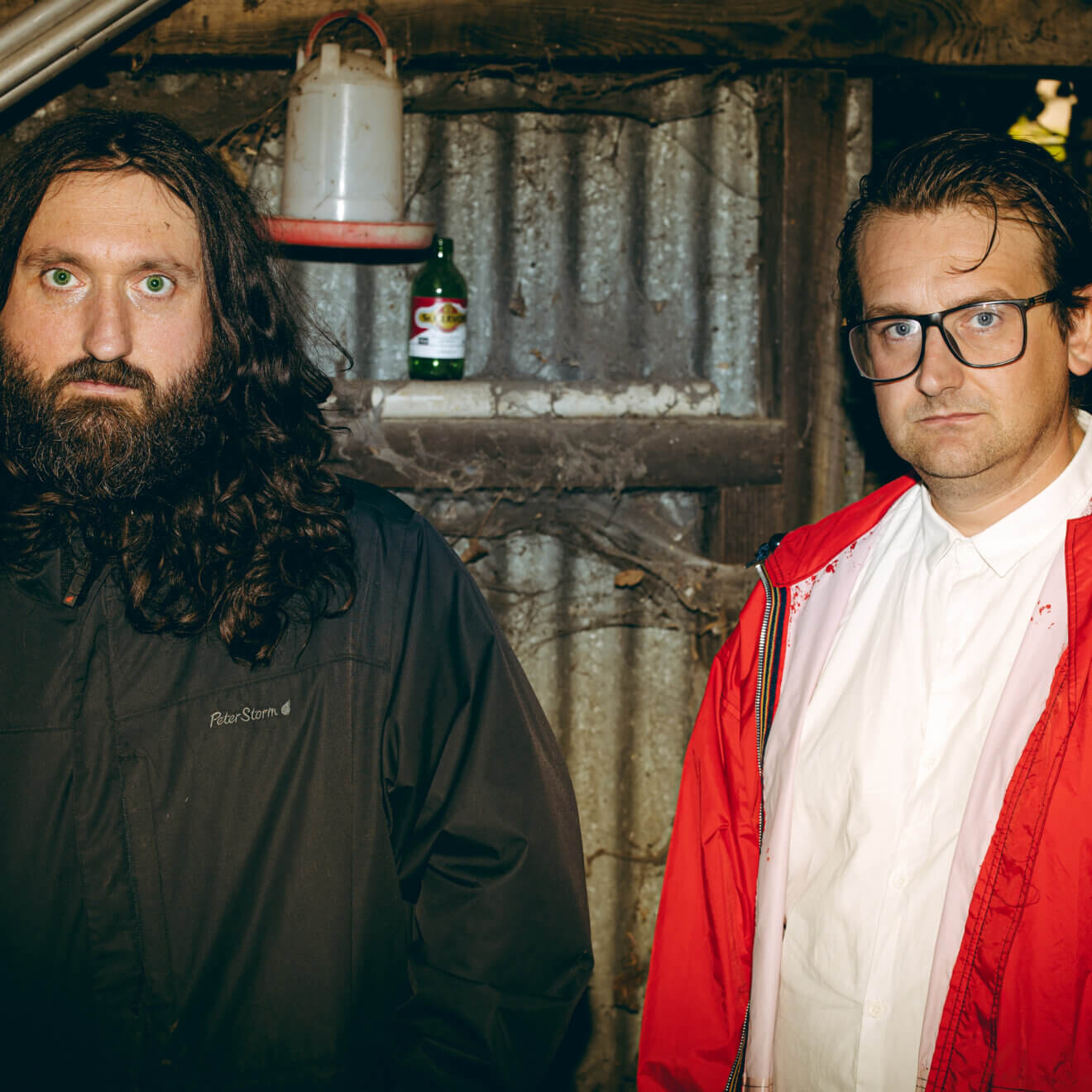 Young Knives is not a band

Young Knives is not music

Young Knives is not art

Everyone should have a manifesto. This is ours. It’s pretentious as hell, as it should be. But every creative person needs a guiding principle and this manifesto is a reminder not to believe in our own myths or the myths others believe about us.” Henry Dartnall

Young Knives (brothers Henry Dartnall and The House of Lords) today announce their fifth album, Barbarians; their first full-length in seven years, following 2013's acclaimed Sick Octave. Barbarians is a leap into both sonic and thematic experimentation by a band who love to confuse and entertain in equal measure.

Written, recorded and mixed by Young Knives in their studio near Oxford, Henry says of Barbarians: “ We broke down all the barriers to creativity and made the most cathartic and noisy album of our career.”

It was as the brothers ventured into philosopher John Gray’s 2002 book Straw Dogs that they were inspired to dial into the ultra-violent, brutal nature of human beings. Henry comments: “As with every Young Knives album, me and House always need a good reason to make it. We often start with some high concept that we feel passionate about and use it like a framework to build lyrics and motifs around. As confirmed but self-aware nihilistic miserabilists we often have to dig our way out of a spiralling bleak world view that would make for a super depressing listen. This album is no different. But I think that’s the point of the records we make: how can we turn the worse aspects of humanity into something really fucking entertaining? Obviously there was a lot going on around the world at the time we were writing the record, with the rise of the alt-right and politics designed to divide us. All this fed into a sense that humans are always going to have this battle between our collective existence and the existence of the individual, some days we give and some days we take.

I read Straw Dogs after having put it off for years because of the hype. It’s something you can’t un-read. Its key point is that no matter what scientific progress we have made, what advances we have made in our understanding of how the universe works, we have not become better humans, we are no less barbaric. I just thought that it was such an undeniable point; we are obsessed with self and social improvement, but we don’t get any better as human beings. What if cruelty to others is just part of who we are? How do we live with that?”

In lead single ‘Sheep Tick’ these questions are confronted head-on. Henry's first lyric, "Cruelty, I let you back in / I'm wondering why" sets the tone for an unsettling listen, accompanied by a video that is uncomfortable and unexpected. Henry continues: "Music videos are awful and we wanted to lean into that. The idea behind this one was to make a video that you couldn’t have pitched. We just started shooting without knowing what it was, our goal to make it as baffling and entertaining as possible. Weirdly, the great thing is that some of the video started to make sense with the song after we had finished it: House’s goblin character is the voice inside that tells you how worthless you are, and you have to make peace with him. Most of it doesn’t make any sense though."

London’s Wesley Gonzalez first made a name for himself as the leader of Let's Wrestle, whose tuneful and eccentric punk earned critical accolades and a devoted audience with three albums, including 2011’s Steve Albini produced ‘Nursing Home’.

Gonzalez wasted little time forging a solo career for himself in the wake of his former band’s demise. He assembled a live band for his solo work and expanded from the guitar-driven music of his former band. He fielded an interesting concoction of classic 70’s pop, soul, and indie rock, which he described as being influenced by Donny Hathaway and Sly & the Family Stone. Gonzalez released his debut solo record ‘Excellent Musician’ in 2017, then a follow up ‘Appalling Human’ in June 2020 through Moshi Moshi Records.