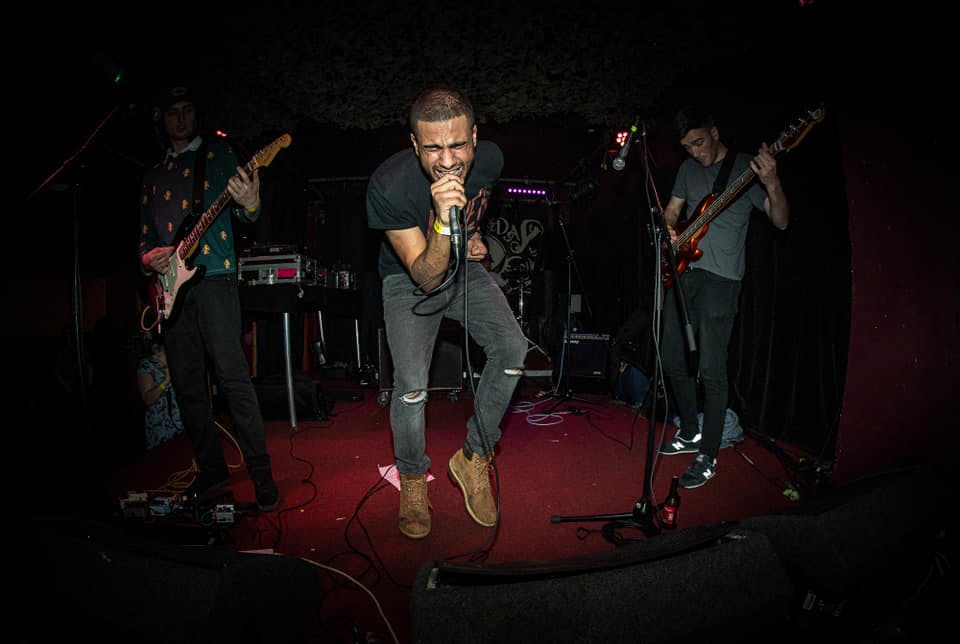 So here it is, finally, the return to the legendary Night & Day Café for one our favourite Midlands lads, The Pagans S.O.H. Add into this some kick arse Manchester bands, and we seriously cannot wait for this banger.

The Pagans - Shepherds of Humanity (S.O.H) are a four-piece hailing from the Black Country in the West Midlands, a place often revered as the birthplace of raucous noise, given the musical heavyweights that have emerged from its industrial roots. Whilst it would be impossible not to be influenced by the sounds of fellow ‘yam-yam’ brothers, Black Sabbath and Led Zeppelin, they are passionate about the diverse cultures of both their city and their own band members fusing elements of hip-hop/funk/punk/ska/metal/jazz/reggae to create a truly original vibe. In fact, with The Pagans S.O.H it’s more than just making music. It’s a voyage of discovery, exploring where the realms of innovative sound will take us - whilst at the same time completely smashing through the barriers of genre.

We are not just a collective, we are a Pagan family, and we welcome you all to strap yourselves in and join us on the ride. The Pagans are here, and The Pagans are alive!

“Anyone somehow deluded into thinking there’s nothing new or exciting among young bands needs to spend just a minute watching this lot. So full of life and potential…” Dave Haslam

“One of the best new bands that I've seen for a long time...their live shows are just something else!” Chris Hawkins, BBC 6Music

“What the fuck?? This band hit the stage and bollocksed my head up. A total fusion of Red Hot Chilli Peppers, Rage Against the Machine, Dust Junkies - fuck me, they are great! Keep your ears open folks because they are special…” Wayne Carey, Louder than War

“Watching The Pagans S.O.H live is like going on the best magical, mystery tour. You don’t know where you are going or how you will get there, but it’s a great journey.” Pete Salisbury, Drummer (The Verve / The Charlatans)

A 6-piece bundle of fun, hate and energy. The band’s aim is to vandalise different genres creating a unique, blended guttural sound.

After almost a year of floor shaking gigs and sweaty mosh pits, the band have been recording their brand new album in the current year of shutdowns, hoping to come out of the darkness with all guns blazing back onto the Manchester scene they know and love.

Taking inspiration from a crazy collage of musical styles, from 70s post punk and experimental new wave to 90s Britpop, The Red Stains take pride in smashing up gender stereotypes and scattering them in your face (and ears!). Their use of gritty bass and minimal, punchy drum lines combined with disconcerting synths and raw, powerful vocals gives them a unique and unpredictable sound.

A fierce, highly energetic and entertaining live act in their own right, The Red Stains are fuelled on chaos and resistance to the injustice in modern day, punching against it, through a raw sound that riles against established order and reveals something altogether different. Opinionated and unafraid, this band brings a refreshing urgency that rips up the rulebook.

In the 2 years since SLAP RASH leapt into the Manchester underground, their wall of noise and vicious live performance has been turning heads.

Their blend of “machine-like blasts of drum work”, roaring bass and brooding synth has led to them opening for the likes of JOHN, Melt Banana and selling out their debut headliner at The Eagle Inn. They’re an unrelenting force with a lot to say, and this is just the beginning.

“Down to earth, sarcastic and defiant, SLAP RASH are a band to watch." BagThing