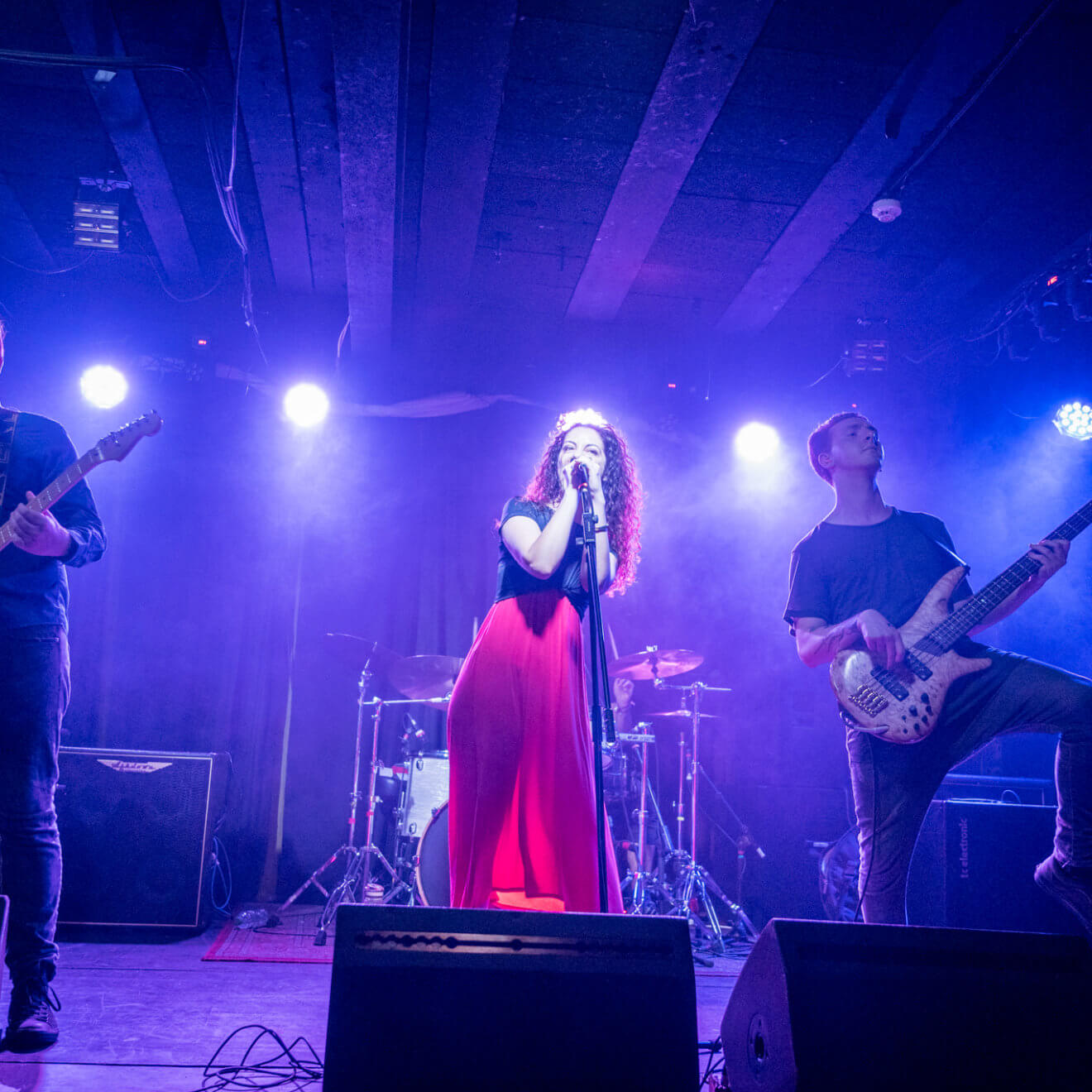 Fraud Authority are a 4 piece Alt-Rock band from Manchester, UK. Combining energetic dance rhythms and interesting composition, this is really music to get you moving.

Clifftop Empire are an Anglo-Italian-Irish alt-rock band formed in 2018 by Pietro Blanca, Jamie Michael and Caoi Warne, and based in Manchester. Their style is a balance of genres ranging from hard-hitting grunge to jazz-tinged funk, leading to a distinctive progressive alternative rock sound.

British indie rock band The Avenhams (named after the local park in Preston uk) formed in summer 2018 with the three original members Tom hardy (on bass), Charlie fay (on drums) and jaz Elliott (on guitar and vocals). With there most recent member, Jack Myerscough playing (lead guitar).

Both guitars carrying big riffs and original catchy melodies using those classic fender and marshal tones creating a little heavier than usual “indie rock” energy. Accompanied with toms big bass tones and catchy bass licks and slides it pulls together a rather fresh take on what you normally hear from the indie scene.

Charlie’s jazz like drumming habits and rhythmic trick of following the guitar riffs put the cherry on the top of what is potentially a live band that’ll rock your head off aswel as keeping you moving.

They released there first single “ANNA” back in April 2019 which was there first song and inevitably laid the foundations for there writing style. Which usually starts on an acoustic in Jaz’s bedroom and blossoms into what the lads chemistry naturally create. The melancholy chords and vocal hooks and big finishes are what make the avenhams. There darker than usual take on indie rock is somewhat fascinating and you’ll have too listen yourself too truly understand.

Drawing influences from established bands and a few that are under the radar, N.E.S.H have created a unique and distinct sound which is both powerful and subtle. Maybe even sexual. N.E.S.H will be booking dates over the coming year so be sure to follow us on all your favourite social media platforms.
Facebook Event