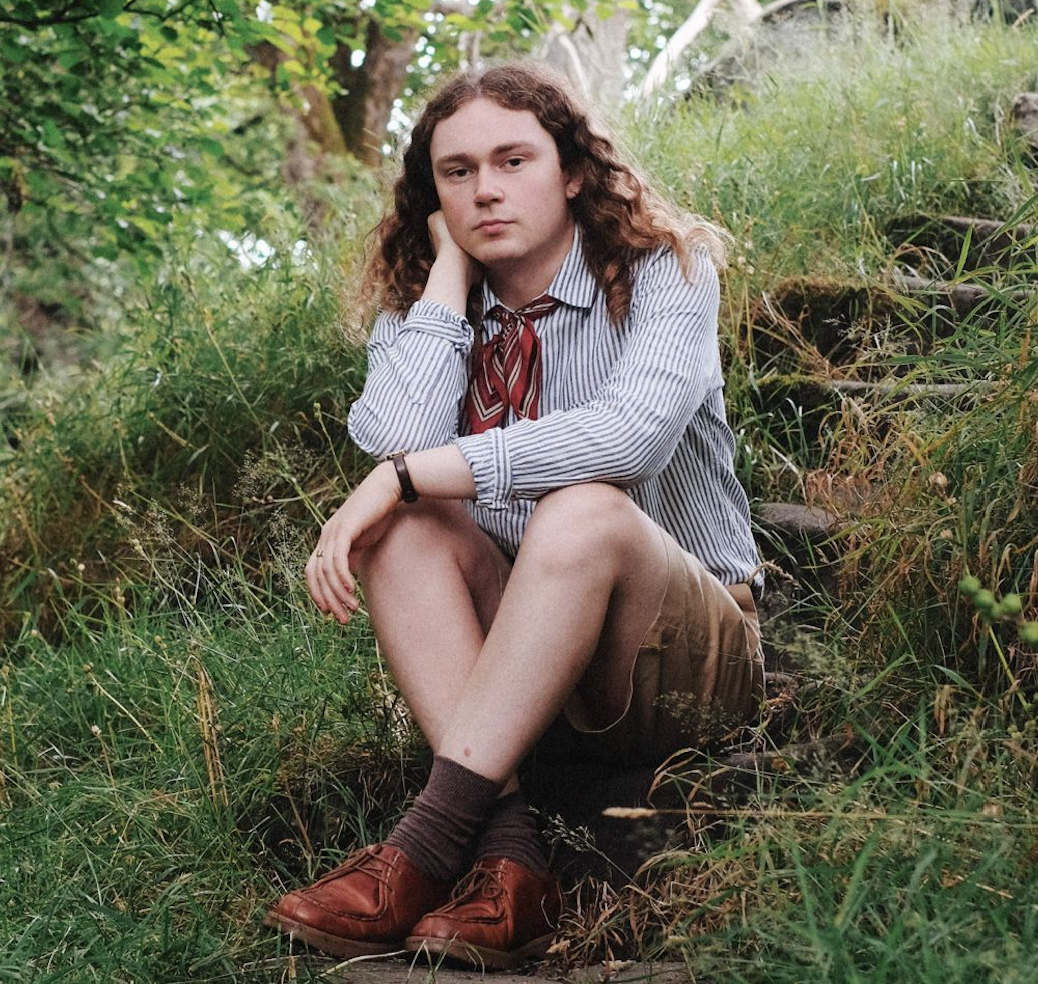 Tiptoe between the toadstools of Liverpool’s city parks, and amongst the foliage you might find a Strawberry Guy, contemplating his next chord-progression. Composing hi-fi symphonies from within his humble abode, the Welsh-born songwriter is ready to share the fruits of his labour with debut album Sun Outside My Window. A timeless vista of ethereal balladry looking towards 19th Century musical maestros and works of art, it brings new meaning to the term ‘Modern Classic’ and is the most optimistic of lockdown records yet.

“It’s about seeing the simple things in life and them making you happy,” tells Alex Stephens, the Guy behind the Strawberry. “I remember this day when I was really down… looking out the window, the sun beaming in was beautiful, it made me want to go outside – it was simple but made me so happy in that instance.”

A one-man impressionist, painting majestic soundscapes, Strawberry Guy blends truthful lyrics with lush arrangements to conjure new emotive worlds. Inspired by composers of the Romantic period, or Debussy, Ravel, and other classical artists of the 1800s, his wonderland moves like a Monet painting where arpeggios dance between meadows of dazzling dynamics and dramatic key changes. The light through his floor to ceiling windows has caused a dramatic Greenhouse Effect and now ripening on solo terms, his innocent uploads of ‘Without You’ and ‘F-Song’ comfort 2 million Spotify listeners a month. ‘Mrs Magic’ has received 30 million streams, landing at #13 in its chart and countless fan-created videos have appeared on YouTube. “Throughout history composers have tried to capture emotion, painting their own impressionist pictures with musical brush strokes… I guess I’m just trying to do the same and people enjoy that,” he suggests modestly.

Impresario at the helm of his own imaginary orchestra, Sun Outside My Window has evolved from improvised piano melodies, a practice honed through his classical training, and manipulating violin sound effects on the Nord keyboard. He has even surprised himself with the outcome after creating challenges to seamlessly flow from one chord to the next. Named by musical friends Her’s after his impeccable taste in milkshakes, Strawberry Guy upturns ‘bedroom artist’ perception, as each idea is crafted into a widescreen wonder where vocals tag-team instrumentals and countermelodies flourish within the Georgian walls of his Liverpool flat’s small space. “I want it to sound like I’ve squeezed an 80-piece orchestra into my room, and for listeners to wonder how all those strings got there,” he says. “Working on the 4-part harmonies, the orchestra became real; I began believing in myself.”

Imitating nature’s effect on emotion, like 70s songwriters, or the fantastical soundtracks accompanying vibrant scenes in the Japanese animated Studio Ghibli films and video games, landscape is brought to the fore. Monet’s picturesque Meadow at Giverny features as the album’s accompanying artwork – perhaps a reminder of the rural Welsh countryside views through his childhood home’s window; “I was inspired by how calm and peaceful the image felt. Its painted lines show real-life scenes in a magical way, which to me reflects my music.” Elsewhere blossoming motifs depict the growth of a relationship (‘As We Bloom’), capturing his 13-year-old self’s obsession with the idiosyncratic harps of Coraline OST’s ‘Exploration’ and offering an escape. “When I write, music becomes this meditative place I go to with heavenly images of natural beauty,” he says of songwriting’s healing power.

Modern Classic? Only time will tell. For now this Guy’s happy-sad world is here to get the juices flowing and with, pandemic permitting, a US tour in 2022, life looks a whole lot sweeter. Until then, take it slow, be at one with the wilderness and remember, when life gives you lemons, swap them for Strawberries.

TOYC vs Suck it and Spin