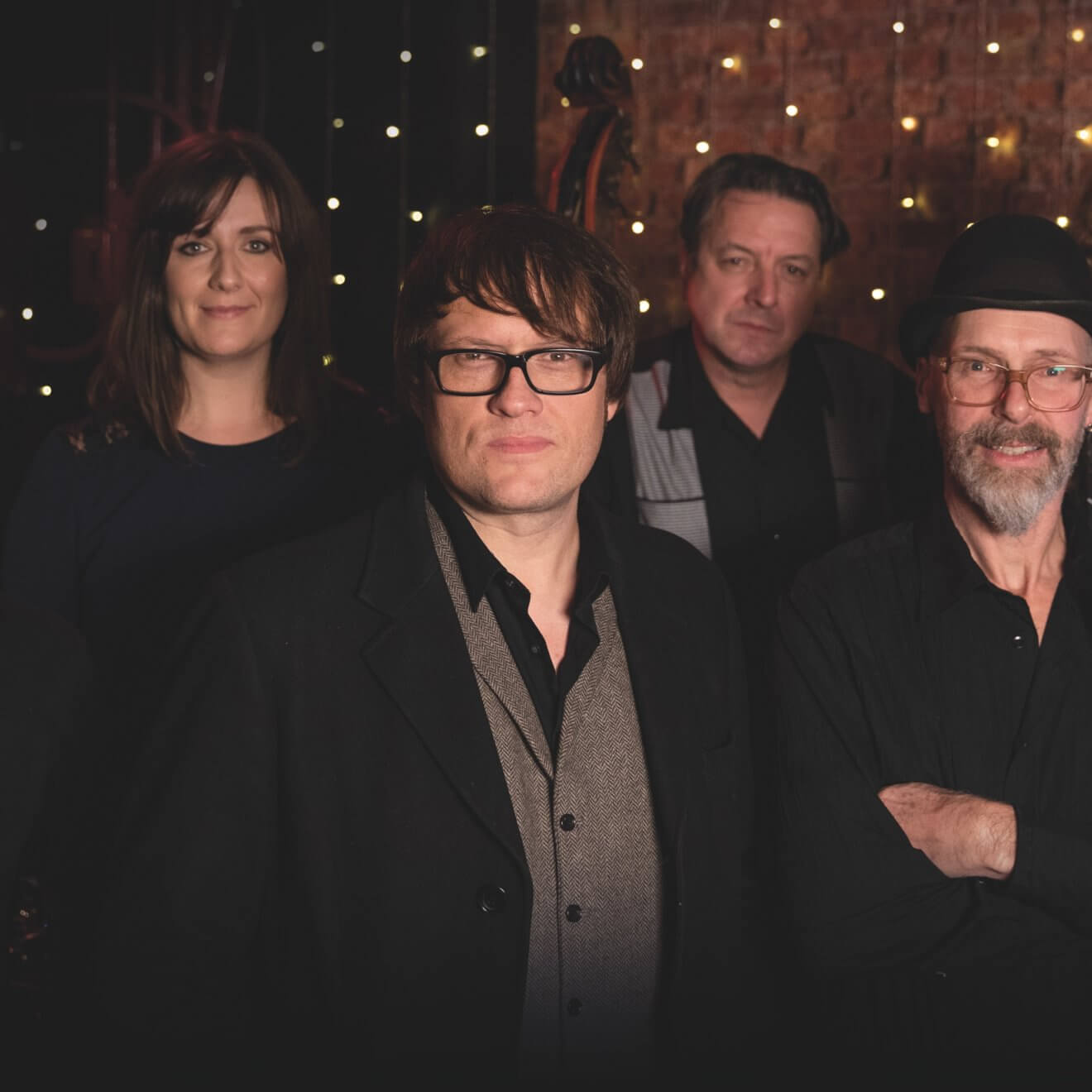 “People say you should just stick to music and keep your opinions to yourself but I find that entirely the opposite of what songwriting should be” explains award winning singer-songwriter Robert Vincent of his third album ‘>In This Town You’re Owned’, “but we should be the ones that are bothered by what goes on in society.”On ‘In This Town You’re Owned’, Vincent returns with his most relevant album to date, produced by Brit Award winning Ethan Johns – who has won acclaim for his production work with, amongst others, Paul McCartney, Ray LaMontagne and Laura Marling.

On ‘In This Town You’re Owned’ more than before, Vincent deals in hard truths and easy melodies, furthering the tradition of classically crafted songwriting asking the difficult questions about everyday emotions. “I’m just really interested in the human condition and how people react to things.” ‘In This Town You’re Owned’ is Vincent at his most contemporary, and with a bigger scope of vision than ever before.Since his debut album ‘Life in Easy Steps’ in 2013, Robert Vincent from Liverpool has been one of the most acclaimed new voices in Americana, country and folk. Having received the inaugural Emerging Artist Award from ‘Whispering’ Bob Harris in 2016 – who described Vincent as “absolutely magnetic”, Vincent was then invited onto BBC4’s ‘Old Grey Whistle Test: For One Night Only’. That performance marked a real breakthrough for Vincent, establishing him as one of the UK’s leading lights in Americana and propelling him to #1 in the iTunes Country chart.

Robert Vincent was born in Crosby, and his upbringing in Liverpool inculcated him with a very Merseyside culture of storytelling and language. “I always wrote words, I’m always in that world – a world of my own with words really.” The key influence, however, would be the American records that his father would play around the house growing up.Just as the Mersey faces out to the Atlantic Ocean, Liverpool families were devouring sounds from over in America, and Vincent’s father introduced him to iconic staples of songwriting such as Waylon Jennings and Emmylou Harris – the influence remains palpable on Vincent’s music to this day.

Sharing a room with his older brother, Robert too got an early education in Pink Floyd, “although playing someone Pink Floyd from the age of ten is maybe some form of child cruelty” jokes Vincent, “but it really had a massive impact on me.” Last year, Vincent was invited to open for his hero Roger Waters in Hyde Park, testament to the shared sensibility passed down through those Pink Floyd records at home.

Vincent still lives in Liverpool and the city continues to inspire his writing. “It’s one of those cities that encourages you to speak up and that if you don’t like something, you point it out” he explains. Take ‘This Town’, the opener of the new album, which may be about Liverpool, but equally “could be anyone’s town.” “It’s the micro and the macro, you could look at that as a small town or you could look at that as the world. That’s kind of what this new album’s about. I couldn’t help but write about those things that have been going on over the last two or three years. Whether it’s this country or America, whether it’s Trump or Brexit, everyone’s now in a furore, so it’s all about that.”Looking again to his native Liverpool, Vincent observes life in his hometown – as well as the current, chaotic state of the world – with the acute eye of a master songwriter. Faith, and lack of faith, is one of the central themes of the record. Take ‘Kids Don’t Dig God Anymore’, from ‘In This Town You’re Owned’. “It wasn’t necessarily about God” Vincent explains, “but in the old days people grew up with faith – now it doesn’t seem to be there anymore, so I start to wonder what there is now. I’m not particularly religious, but what’s gone out the window is people being less spiritual.

”Through songwriting and that Liverpudlian, oral tradition of storytelling, perhaps we can understand a little more of what unites us? It isn’t all the bigger picture though, as usual Vincent is proficient in matters of the heart – take the strident, unexpectedly soulful ‘The Ending’, where Vincent declares “Love has a way of mending, nobody knows the ending”.

Once the touring schedule for his glowingly received second album “I’ll Make the Most of My Sins” wound down in 2018, Vincent had a stockpile of songs that seemed to speak to the mood of the moment – he was keen to record them quickly and authentically. “For me, music has become quite stale and lifeless, and what I love about music is the imperfections that are in there, especially in the recording process” says Vincent. “I’d been listening to Ethan Johns’ productions for years” so inviting the BRIT Award winning producer on board was a natural fit. Vincent and his six-piece band decamped to the iconic Rockfield studios, and quickly Johns was contributing to the sessions musically too - “he jumped in, which I was kind of hoping would happen anyway” Vincent smiles.

“We recorded straight to sixteen track tape, very minimal overdubs and everything was live” Vincent explains of the recording process – indeed, such was the hypnotic spirit between the musicians and the strength of Vincent’s material, the whole of ‘In This Town You’re Owned’ was recorded and mixed in two weeks flat. Don’t, however, mistake such speed for a lack of care – the new record sees Vincent’s most ambitious work to date, the 9-minute-long ‘The End Of The War’, with not a second wasted. “There’s a life” Vincent sings, “at the end of the war”, suggesting a light at the end of the tunnel of our present moment.Though Vincent’s tastes are eclectic and his influences many, the Americana circuit continues to provide support and inspiration for him as an artist - “it’s nice to have a family and have a home, in itself it’s priceless – it can be quite lonely being a musician.” And crucially, Robert Vincent "A young man filled with dreams, regret and shocking talent, giving his all - now is his time" **** Mojo

"A sublime songwriter – he is an incredible talent" Ralph McLean, BBC