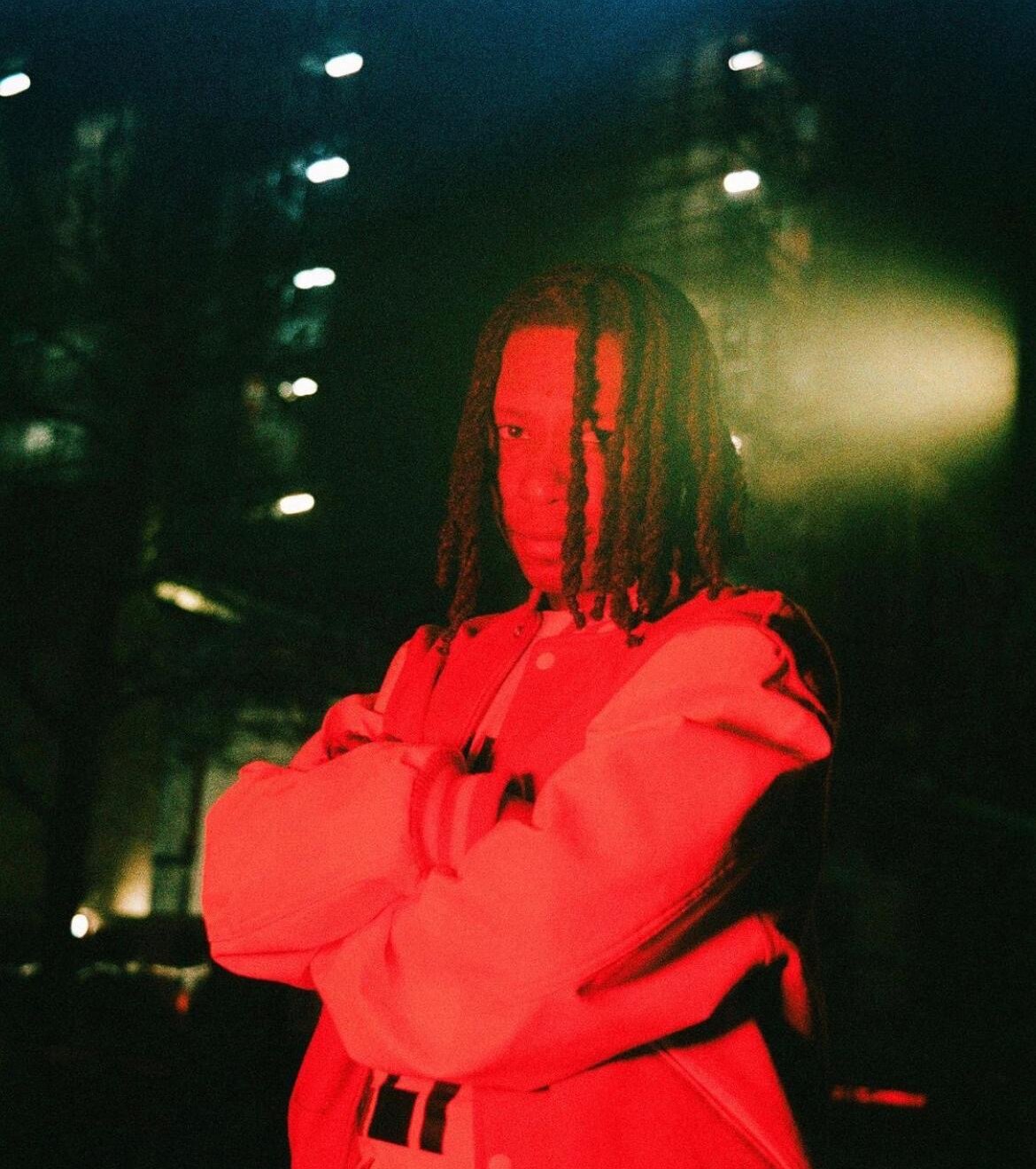 Urged by close friends, RenzNiro began releasing music in 2019 with solo single ‘Evolve’ produced & engineered by fellow Mancunian musician Grim Jim. The pair then went on to record & release a collaborative EP, titled ‘GALLERIA’ in November 2019 featuring singles ‘INDACUT’ & ‘GASOLINE’. RenzNiro’s early music combined jumpy, percussive flows with a distinct aggressive delivery over intense, sinister production. Over time this sound evolved and somewhat calmed, signifying a shift in the artist’s mentality, offering a more measured and concise delivery over mellowed production. RenzNiro delivers with a confidence and self-assurance, taking his time with what he has to say, careful as if trying not to waste a word.

2021 has been a fruitful year for RenzNiro having released two singles, ‘Overseas’ & ‘Blueberries’ accompanied by videos as he gears up to release his much anticipated & project ‘see me, see trouble’

Yang Sweeps are a quintet rock outfit based in Manchester who utilise a mixture of psyche rock and funk to create wholly unique material unheard in the Manchester music scene; ‘I struggle to compare them to other bands specifically, but just trust me and go listen and fall in love for yourself.’- 3rd July 2021, Smoko zine. Despite the various bumps and turns that the 2019 road threw at Yang Sweeps, the successes of their 2019 EP ‘Dad Rock’ demonstrates the quality of their music. The band are ranked 24 out of 30 by MIMR Alternative Indie Music Blog and their achievements do not halt here. With their newest release, ‘Push/Pull’ Yang Sweeps have proven to have survived the post lockdown climate and seem to be stronger than ever. The group consists of Matheus Silva, Kiran Weston, Matt Hart, Alexander Kelling, and George Belshaw.

Bennett is a 21 year old mixed race r&b singer/songwriter from Manchester. His soulful melodies transcend genre as he sonically references pop, alternative, and soul, but his root has always been R&B. To Bennett, representing the LGBTQ+ community in his music is of paramount importance. Since his debut single release of ‘Libra Boy’, Bennett has since released an EP entitled ‘Alchemy’ and racked up over 2000 streams. He also featured on a Halloween track by esteemed Manchester producer Mattu. Ultimately, Bennett hopes to become a voice for his community through sharing his own vulnerability through his music.

Bedroom Vacation are from Stockport.

They record and produce all of the music themselves and all artwork is done by either the band members themselves or by other artists within a small scene of their friends.

All music is recorded and mixed in a bedroom.

Their influences include My bloody valentine, The Jesus and Mary Chain, Cocteau Twins, The Velvet Underground & The Brian Jonestown Massacre.

4 track EP ‘Honey Bloom’ is their most recent release coming off the back of member Ben Bartley’s solo LP released earlier this year. This was one of the main factors in the formation of Bedroom Vacation as the next chapter in his discography.

The band consists of two members (Lucas Alonso and Ben Bartley). Together, they experiment with various layers of distorted guitars paired with excessive use of reverb to give the music its unique wall of sound.