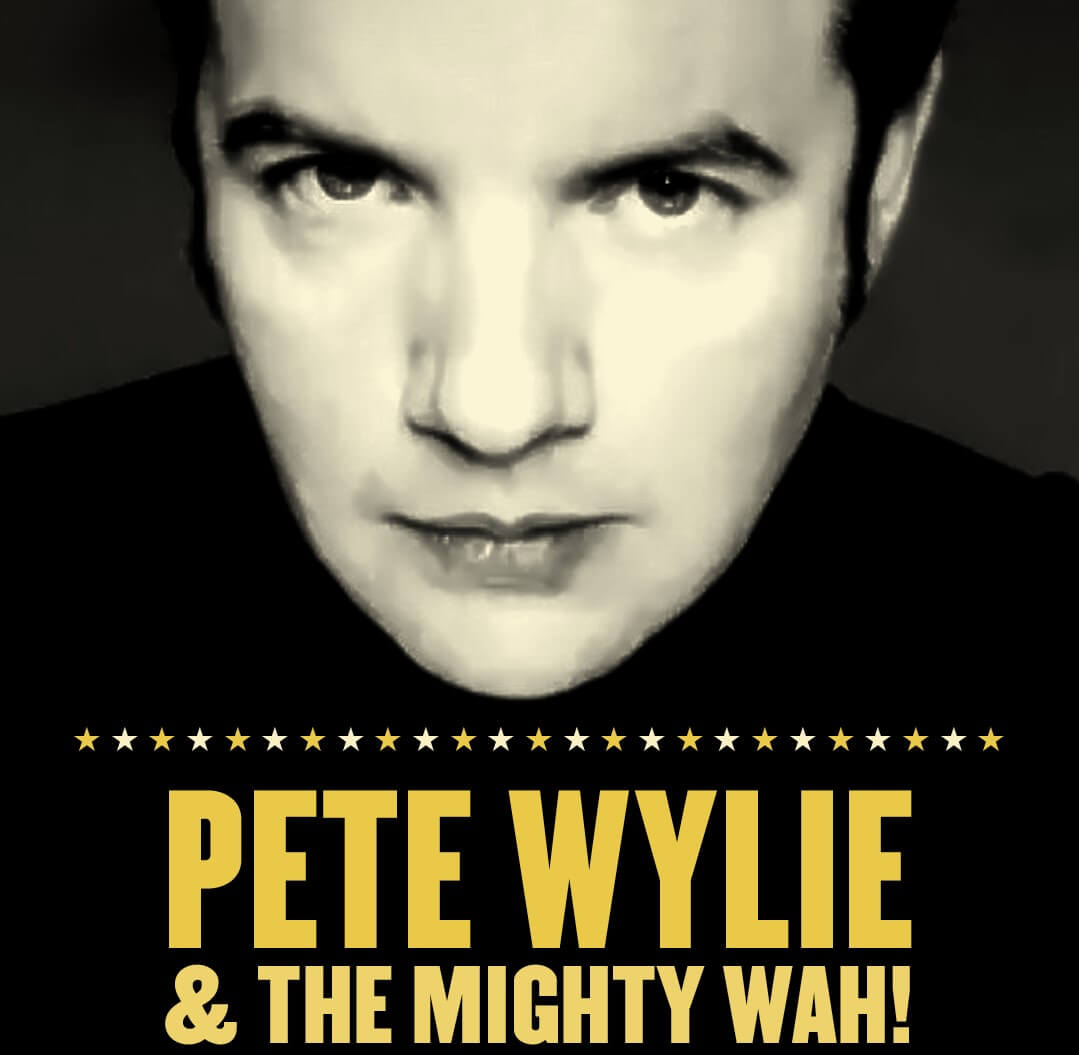 Singer/musician/composer Pete Wylie began his career in 1977 and helped pioneer the Eighties art-indie scene. He had a series of bands with fellow seminal scouse mavericks such as Ian McCulloch, Julian Cope, Pete Burns and more.

As The Mighty Wah! Pete had a string of hits includes The Story Of The Blues (SINGLE OF THE YEAR – John Peel), Come Back, Sinful, 7 Minutes to Midnight and Heart As Big As Liverpool which confirmed him as one of the finest songwriters of his generation.

Pete has also written scores for Hurricane Films, Alex Cox and Radio 4 and has appeared regularly on TV shows and BBC Radio documentaries.

In recent years Pete released album ‘Pete Sounds’ and embarked on his tour ‘The Pete Wylie Show’ where he shares tales of WAH & Liverpool. This new tour will see Pete Wylie and The Mighty Wah! perform all the classics and many more.