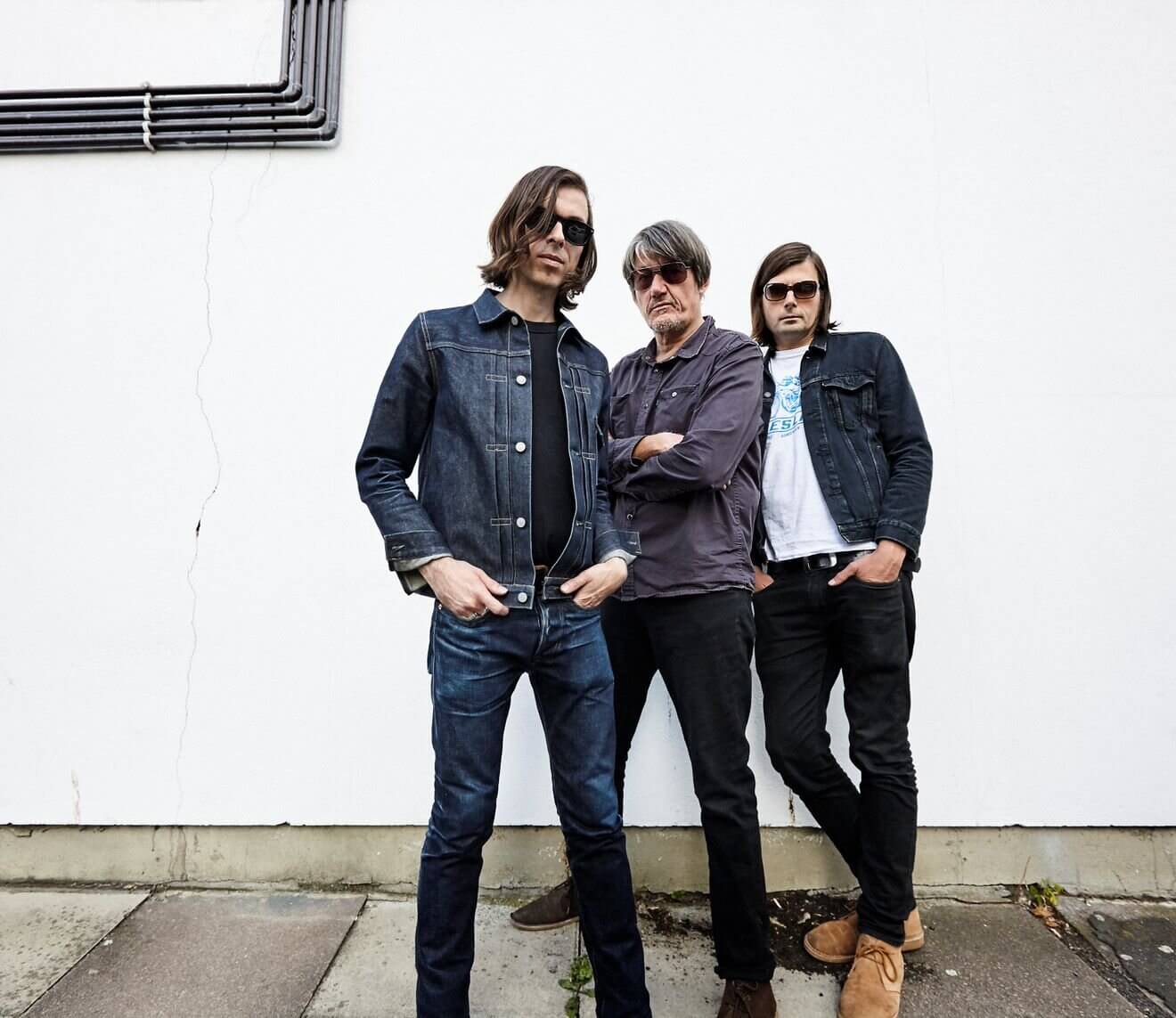 Born in a Dalston basement, Quatermass Seven by Little Barrie & Malcolm Catto could only have been produced in the colourful streets of sprawling London. Driven by the three contributing musicians’ 25-year plus journey through multiple genres and inspirations, what you hear within its seven tracks is the ‘60s British blues explosion colliding with a mid ‘70s Bronx block party; Haight Ashbury acid rock mashed up with Manchester’s summer of love circa ’88; or a prime slice of UK freakbeat broadcast from New York’s jazz underground, emerging kicking and screaming above London city tower blocks.

This meeting of minds between guitarist Barrie Cadogan, bassist Lewis Wharton and drummer Malcolm Catto represents a re-birth of sorts for Little Barrie, with these their first recordings since 2017’s critically received ‘Death Express’ album, and the sad and untimely passing of friend and drummer Virgil Howe. Following a difficult period of soul searching for both Barrie and Lewis, they made the difficult decision to record again: knowing they weren’t looking for a replacement for Virgil, or to replicate past glories, alleviated some of this inherent pressure. “I’ve never seen the point in making ‘Death Express’ or ‘Surf Hell’ again, and we said quite clearly to Malcolm that we wanted to do something different”, states Lewis. “I just saw it as me, Barrie and Malcolm running through some ideas - as the mixes evolved and shaped up, it made sense that it became the next Little Barrie record.”

With most tracks recorded live with minimal overdubs, produced by Malcolm at his Quatermass studios in Hackney, The Heliocentrics’ main man brings new flavour to the band’s rhythm section by blending his power behind the drums and his expansive mixing desk skills to take Little Barrie’s music into new territories. Joined by old friend and engineer Seb Lewesly on the boards, you can hear seasoned musicians Cadogan and Wharton more than rise to the challenge, producing something familiar yet unchartered - head music for breakbeat disciples and guitar lovers alike. “Let’s just go in and do some playing and see what happens”, mottos Barry - “and we ended up with more than we ever intended.”

Although they hadn’t performed together in this formation before, the three musicians have known each other since Malcolm’s previous band The Soul Destroyers shared time with Little Barrie on Jazzman Gerald’s Stark Reality label. “I was very much at home playing with Barrie and Lewis, and the tracks came together surprisingly quickly”, explains Malcolm. “It all had the right kind of vibe from the moment we started playing together, and I think that was a great relief to all concerned”.

As upfront as it is subtle, ‘Quatermass Seven’ pushes past influences towards the contemporary. Telepathy bears ‘After After’, eight minutes of instrumental improvisation, cut live to tape and seeing Barrie’s guitar snake and weave, Catto going deep in the pocket and Wharton deploying a bassline to die for. The multi-layered, defiantly lyrical ‘Steel Drum’ is a gonzo earworm you’ll find hard to shake. Also see the moody bounce of ‘You’re Only You‘, the late night strut of ‘Repeater #2’, or the downbeat, hazy opening verse of ‘Repeater #1’ which suddenly explodes into heavy funk and acid-fried guitar work. Recorded on Catto’s treasure trove of analogue gear, and mastered onto ¼” tape, the overall effect is guitar, bass and drums finding the sweet spot where genres collide.

What ‘Quatermass Seven’ delivers is a darker, deeper and more expansive set of grooves, layered with frazzled and flawless guitar lines and flowing melodies, as well as pointing toward a future of exciting new musical opportunities. “Still here, so fine, just a little darker state of mind” sings Cadogan on ‘Steel Drum’: words which sum up hope in times of uncertainty, whilst (maybe) unintentionally offering a perfect description of the music contained herein.