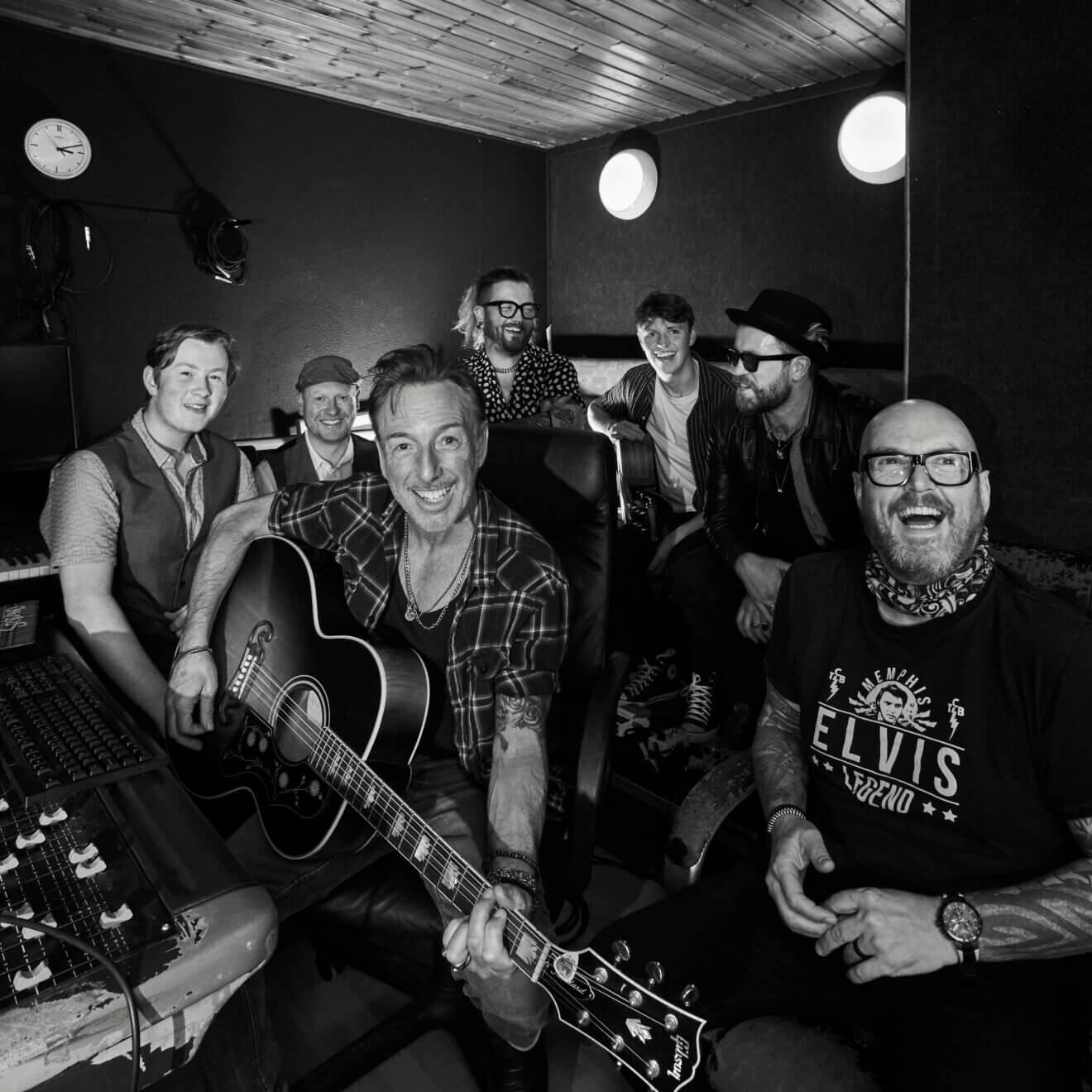 Johnny Mac and The Faithful

£17.50 adv
Buy tickets
Celtic-folk rockers Johnny Mac & The Faithful take their debut album Midnight Glasgow Rodeo on the road in April 2023. This comes hot off the back of a UK and Ireland Arena tour where they played to tens of thousands a night opening for rockstar legend Rod Stewart, who’s gravelly tones even feature on their singles Me Oh My and Pay Me My Money Down!

Sir Rod says of the band who have now supported him on 3 massive UK tours since 2019, “Johnny Mac & the Faithful bring such joy and happiness to the crowds! They are the best opening act I have ever had! I love them so much I got them to play at my Christmas party in my house!!”

Frontman Johnny Mac, aka John McLaughlin, is an award-winning songwriter who has penned and produced hits over the years for artists such as Westlife, Busted, Echo & The Bunnymen & Shane MacGowan and who is also known for writing songs for his beloved Celtic FC, which is how he and Rod first met.

Johnny is joined by an exceptionally talented bunch of Scottish musicians, and together they revel in wearing their influences on their sleeves and have been likened to bands such as The Pogues, The Waterboys, Hothouse Flowers and even Bruce Springsteen and the E Street band.

This Spring Johnny Mac & The Faithful will be bringing their high octane mix of Folk’n’Roll from the Arena stages to some of the UK’s most iconic rock venues.