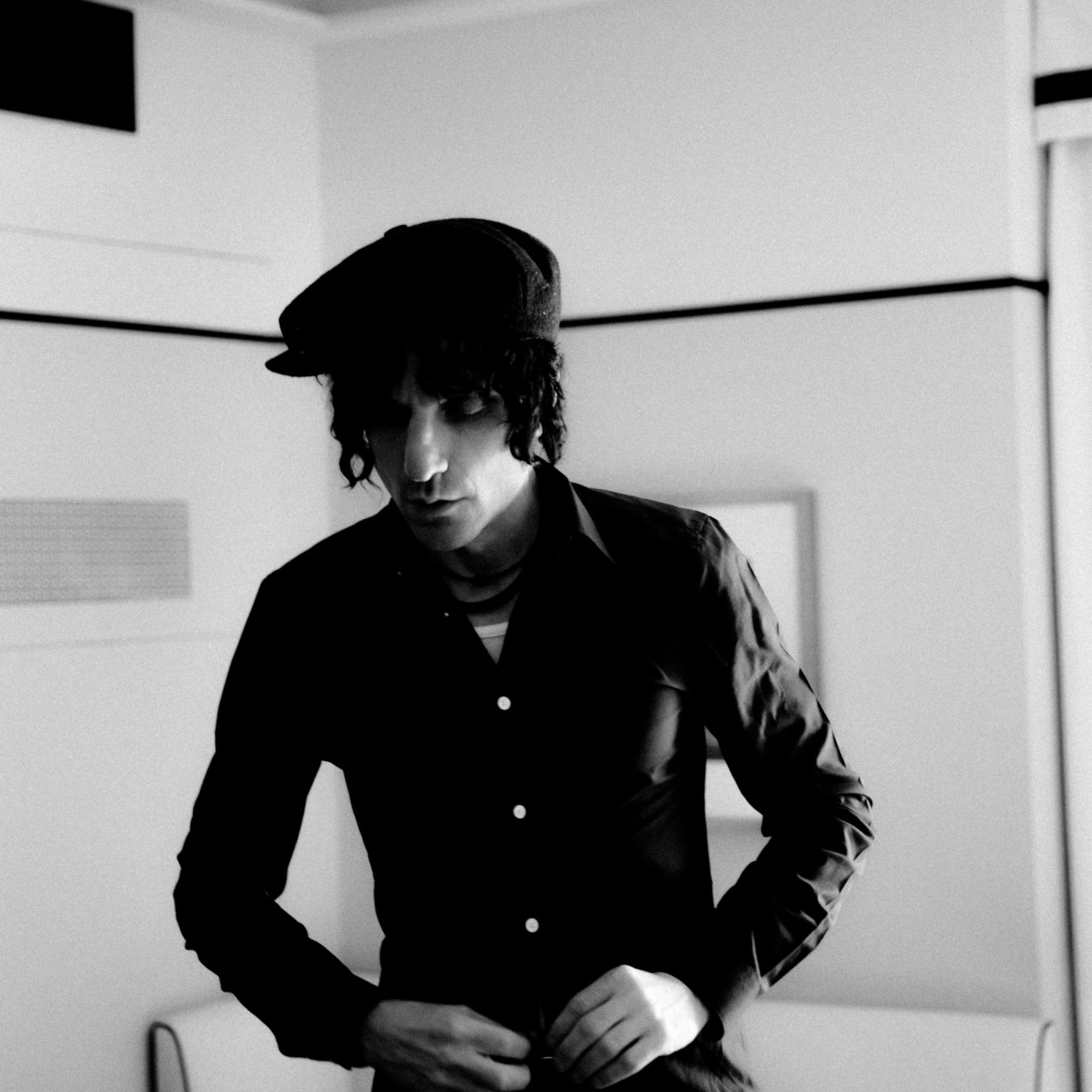 Jesse Malin — whom the London Times says “writes vivid songs with killer tunes and sings them with scary conviction” — and Lucinda Williams — the southern troubadour once named “America’s best songwriter” by Time Magazine — first met in the early 2000s at a jazz club in NYC’s West Village. In a joint 2017 Rolling Stone interview, the two discussed their “shared love of miscreants, misfits, the misunderstood and the mysteries of everyday lives binds them across the Mason-Dixon line."“From the early frontier days of hardcore in New York to all the punk rock and singer/songwriter touring,” says Malin, “it’s all been about survival and reinvention. I wanted to make an open-sounding record with the space to tell these stories. I like to write about characters and people I meet along the way. The dreamers, schemers, hustlers, romantics, lovers, leavers and believers.” Many of the dreamers, schemers and so on from Jesse’s own life contribute to Sunset Kids, his new album of highly personal songs being released August 30 on Wicked Cool Records.

Sunset Kids first took shape at The Hollywood Bowl, when Jesse accepted Lucinda’s invitation to see her open for what turned out to be Tom Petty and The Heartbreakers’ final concert.The bittersweet experience inspired one of the new album’s highlights, “Shining Down,” a rainy day jangle about “keeping alive the spirits of the ones we’ve lost.” During that same visit, the idea came about of three-time Grammy-winning Lucinda producing Jesse’s next record.“Lucinda has a great eye for finding the beauty in broken things and a knack for always picking the right take. Once she started dancing in the control room, we knew we had it.”In addition to this rare turn in the producer’s chair for Williams, she co-wrote and sang on the evocative Country-flavored “Room 13,” which Malin calls “the heart of the record in a lot of ways, about those meditative moments far away from home, where you’re forced to reflect on the things that really matter.”The album also features “Chemical Heart,” an upbeat pop basher located at a mythical point on Queens Boulevard where Paul Simon and The Ramones intersect, namechecking Bernie Taupin and Jake LaMotta among others. “Shane” is a gentle ballad about one of his heroes, the lovably shambolic Shane MacGowan of The Pogues.“My first album, The Fine Art Of Self-Destruction, was about finding glory in the wreckage,” says Malin of the album which was upon release Uncut’s “Album of the Month.” “Sunset Kids is about owning it. The failures, the victories, the moments. And moving up from there.”After reflecting on his life while walking the streets of London, jamming riffs in an East Village basement and writing songs in Florida hotel rooms while visiting his ailing father, the ambitious 14-song album was recorded on both coasts between the two artists’ touring schedules.

It opens with the pre-apocalyptic confession “Meet Me At The End Of The World Again,” which includes backing vocals by Malin confidante and collaborator Joseph Arthur. Another key guest contribution comes courtesy of  Green Day’s Billie Joe Armstrong, who co-wrote and sang on “Strangers & Thieves.”“Billie Joe was in town and I showed him where we hung out when we were kids in the hardcore days,” Malin recalls. “A couple days later, I got a text and he had finished the song. He went into the details of his experience in the Bay Area with that scene, and also my experiences, which were very parallel in New York. ”Those early days found a young Jesse “riding the subway trains from Queens to the record stores and nightclubs in dirty, pre-Disney New York City” and never looking back. His band Heart Attack put out the first New York hardcore single “God Is Dead” when Malin was 14 years old. He later went on to acclaim as the frontman for the fast and loud D Generation, whose albums were produced by Ric Ocasek, Tony Visconti and David Bianco. Bianco is one of the Sunset Kids referenced in the album’s title. The engineer who won a Grammy for his pristine sonics on Tom Petty’s Wildflowers and produced the first major-label release of Jesse’s career passed away suddenly after overseeing the initial sessions for Sunset Kids in his L.A. studio.

“Playing music is something I need to do. Singing under those hot lights every night is a great exorcism. We get to put together this pirate ship of characters and go around the world making trouble and singing our guts out.”As the line in crucial cut “When You’re Young” says, “Don’t waste your life on things that don’t get better.” Malin concludes: “It’s about finding ways to survive and navigate through all this stuff. Being compassionate and loving in a world that will break your heart. But you’re still here. You wake up again and put one foot in front of the other and live every day like it could be your last.”

It was in Vermont's rural backcountry — the woods, mountains, and fields that surround his family's organic farm — that Kris Gruen began writing his fifth studio album, Welcome Farewell.

"I felt like a naturalist," says the alt-folk songwriter, who had spent much of the previous decade on the road, strumming his songs to crowds on both sides of the Atlantic. "For a traveling musician, it can be rare to choose a place in the world where you can put down your roots in the most concrete of ways. I now have a genuine, physical commitment to home — to the farm that my family built from scratch, where my wife grows Brussels sprouts and my grandmother is buried. It was while hiking in the nearby woods — not away from home, but just on the outskirts of it — that I found the reflection needed to write about the place I was in. When you remove yourself from your daily life, you can write about that daily life more genuinely."

Welcome Farewell finds Kris Gruen spinning autobiographical stories of family, community, and the great outdoors. It's a memoir of sorts, filled with names, places, and other details sourced from his own experience. Gruen has always been a storyteller, but he's rarely been this personal before. The central characters who occupy Welcome Farewell's songs are real people — including his late grandmother, whose influence is honored with tracks like "Apple Tree" and the cinematically-arranged "Skyline Drive," to his wife, who invites her husband to join her in the fields during "When She Says" — and they lend an earnestness to an album laced with acoustic guitar, swooning pedal steel, and other organic touches.

Produced by longtime collaborator Charles Newman (Magnetic Fields, The Bones of J.R. Jones, Kate Vargas), Welcome Farewell does more than evoke the white pine forests, stream beds, and family relationships that punctuate Gruen's existence in Vermont. A cover of Johnny Thunders' "You Can't Put Your Arms Around a Memory" — slowed down and reborn as a gorgeous piano ballad — nods to a childhood spent bouncing between his Greenwich Village home and the punk clubs of New York City, where his father worked as a legendary rock & roll photographer. Looking to blaze his own path, Gruen initially stayed away from the family business, establishing himself not as a musician but as an up-and-coming poet during his early 20s. He then began writing songs at 25 years old, mixing the literary skills he'd honed during his previous job with a versatile voice that suited his brand of modern (yet still classic-minded) roots music. With his 2007 debut, Lullaby School, and follow-up albums like 2013's New Comics From the Wooded World and 2018's Coast & Refuge, Kris Gruen built his reputation as an alt-folk heavyweight, earning comparisons to Paul Simon and international gigs with Jesse Malin along the way.

For years, Kris Gruen's concerts have typically found him performing alone, relying on nothing but his vocals and acoustic guitar. Welcome Farewell honors that foundation, anchoring itself firmly in the raw, rootsy appeal of his stripped-down stage show. At the same time, the album also makes room for an amplified band of instrumentalists who add twang and texture — the horns and hand percussion that evoke a New Mexican landscape in "The Painter"; the electric guitar that adds barn-burning dynamics to the chorus of "Nothing in the World"; the brushed percussion and gauzy keyboards that channel the laidback lilt of Sunday morning on "Apple Tree" — to songs that Gruen wrote alone. The result is an album that's both intimately conceived and collaboratively presented, a fitting combination for songs that take stock of Gruen's place within his family, his town, and the wider world.

"There's a real 'band sound' on this record," says Gruen, who tapped friends like drummer Randy Schrager (Scissor Sisters, Jesse Malin), Rob Morse (Anais Mitchell, Hadestown), and solo artist Michael Flynn (Slowrunner) to join him in the recording studio. "I wanted to build the orchestration around the starting point of me being an acoustic singer/songwriter, but I also wanted to leave breathing room for the band. The instrumentalists aren't just supporting a lyric — they're playing to the message and the sentiment of each tune. They're speaking back to the storyline."

Guest list notwithstanding, Welcome Farewell is one of Gruen's most personal records to date, featuring a rural sound that's reflective of his small-town existence and worldly perspective. Influenced by the overlapping worlds of folk, Americana, northern country, and roots-rock, it's a musical homecoming — the sound of a touring musician seeing his home through new eyes and sharply-written songs.