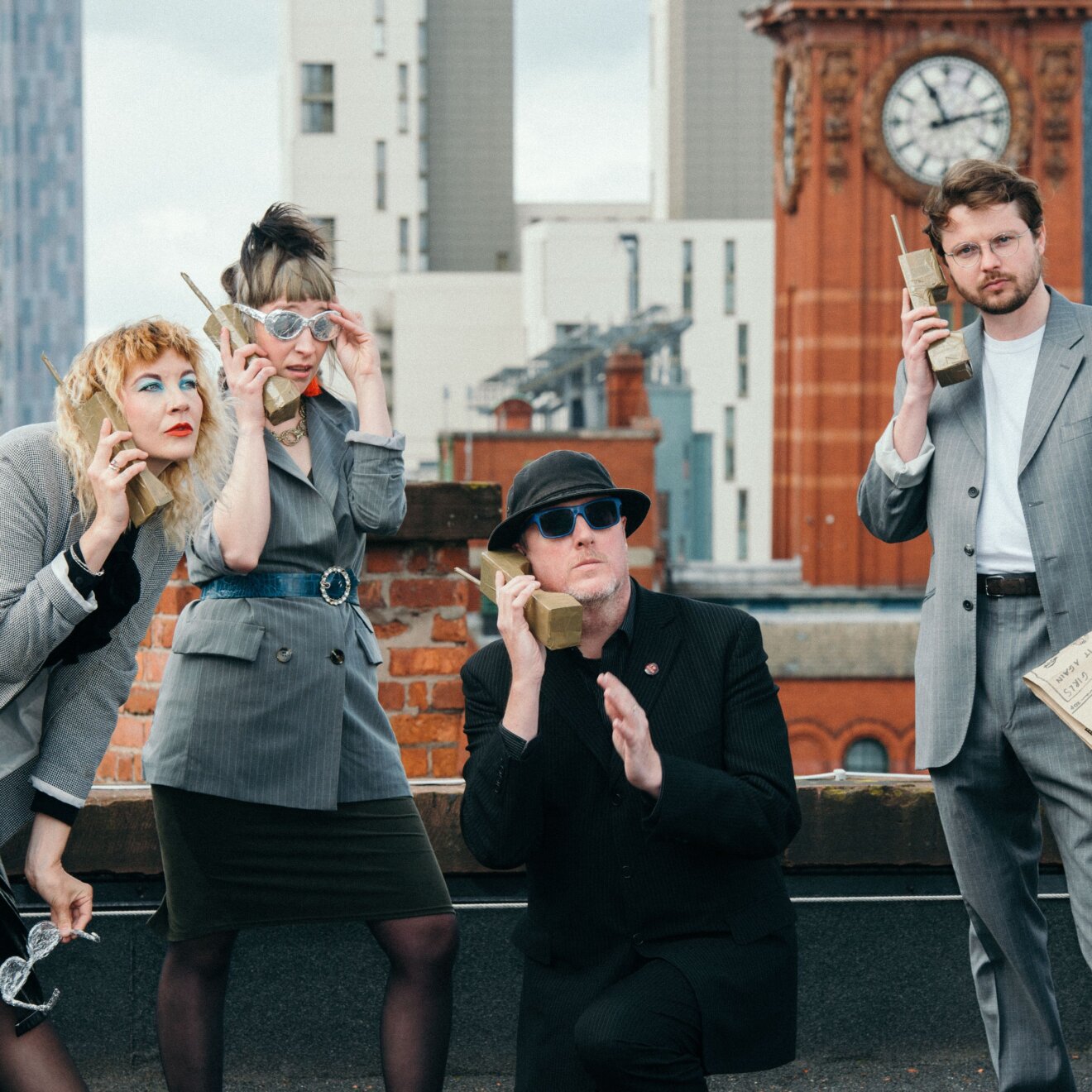 International Teachers Of Pop are the Outsider Electronic Pop Group brought to you by Adrian & Dean (Moonlandingz / Eccentronic Research Council) in cahoots with singers Leonore Wheatley from The Soundcarriers (Ghost Box) & Katie Mason.

"It is the kind of album you can listen to 1000 times, and on every single play a new intricacy will be revealed. The mark of genius is that despite this it never feels overburdened or complex. It is, put simply, an extremely ace pop record" The Quietus

"Throughout, this is a masterclass in pop fun" Mojo

"The world is in a dire condition, and International Teachers of Pop have given us a beautiful distraction" Line of Best Fit

"Their self-titled debut album is a 40-minute lesson in unadulterated joy. Each track bounds along with carefree abandon on a wave of pulsating beats and bubbling arpeggiators, topped with hushed, sugary vocals from The Soundcarriers’ Leonore Wheatley" Clash

"a dazzling debut album" The Guardian

"These infectious pop tracks are packed with hooks and coupled with the synchronised dance moves; there is little that ITOP can do wrong" Narc

"Pop Gossip is everything pop music should be – funny, catchy, opulently produced and far, far cleverer than it initially pretends to be. As truly befits the name of its creators, it’s a lesson in how it’s done" Gigwise

"There’s a relentless creative force running through these songs, and they never let up playing with your senses. Rippling synth lines, catchy choruses, and the perfect vocals of Leonore Wheatley, all combine with production and arrangements which are, quite frankly, bloomin’ brilliant" Exposed