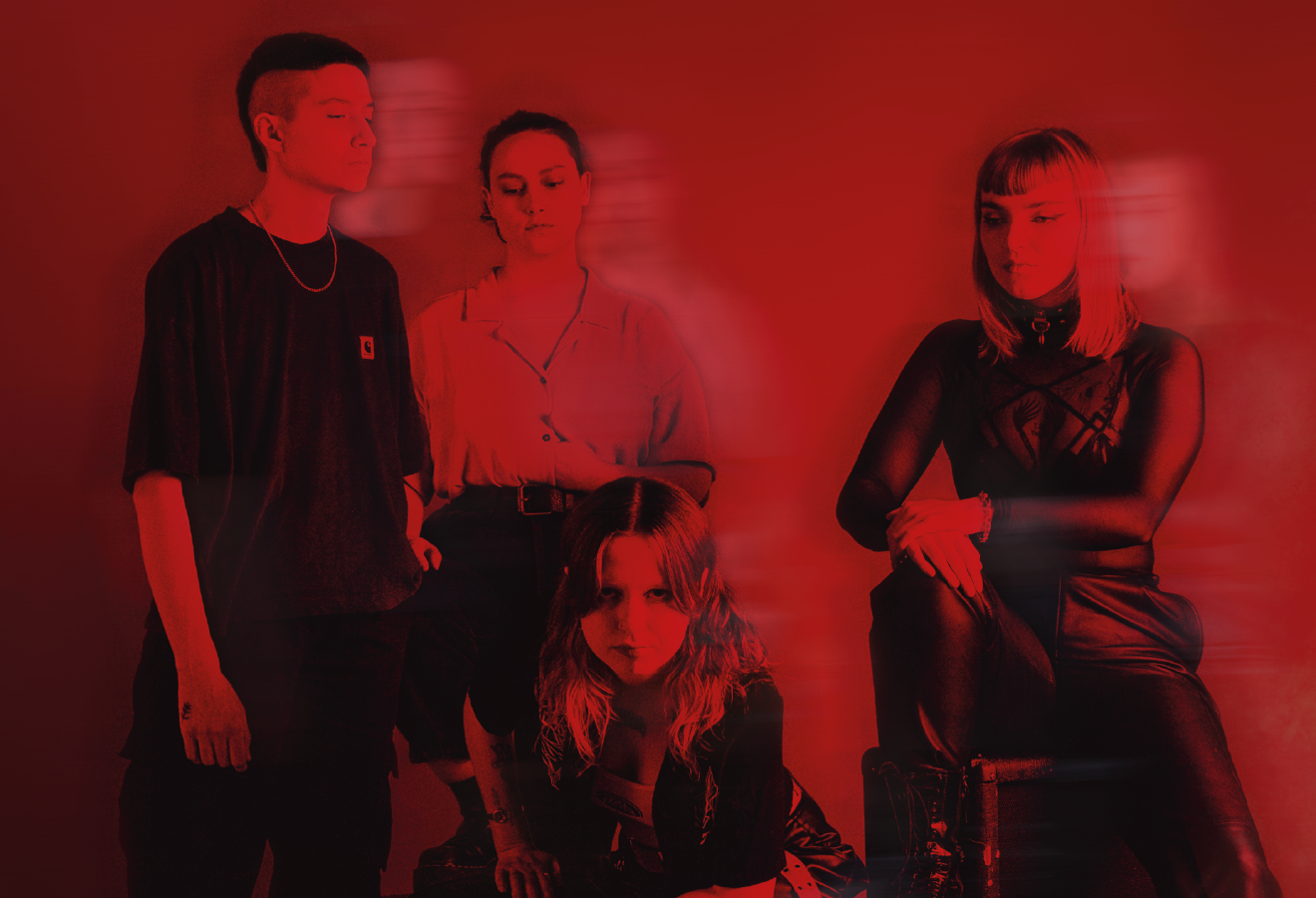 Concocting a potent sonic assault that recalls the foreboding darkness of Black Sabbath, Savages’ monochrome post-punk and the dirty breathlessness of Bleach-era Nirvana, the Manchester quartet create a confrontational racket that takes no prisoners.   ‘They look cool as fuck, and they sound like a reckoning, and they really mean it’- NME ‘If Witch Fever were a cult it would be incredibly difficult to refuse an offer to join them’ – Clash Magazine ‘The shit hot uncensored noise-punk of Manchester’ – Louder Than War

swim school absorb influence from a wide range of genres; from 90’s grunge to modern indie and dream-pop. The release of their 2021 debut EP, ‘making sense of it all’ saw vocalist & guitarist Alice Johnson enter the same space occupied by the likes of Ellie Rowsell (Wolf Alice) and Juliette Jackson (The Big Moon) – tackling delicate subjects with a vibrant yet evocative presence.   Performing live at Latitude Festival, All Points East and TRNSMT Festival, as well as support slots for Declan McKenna, The Snuts and Coach Party, and live sets for The Great Escape and BBC Introducing, 2021 sees swim school praised by key tastemaker titles including NME, CLASH, The Line of Best Fit, DORK, Under The Radar, LOCK Magazine, Euphoria Magazine and many more.