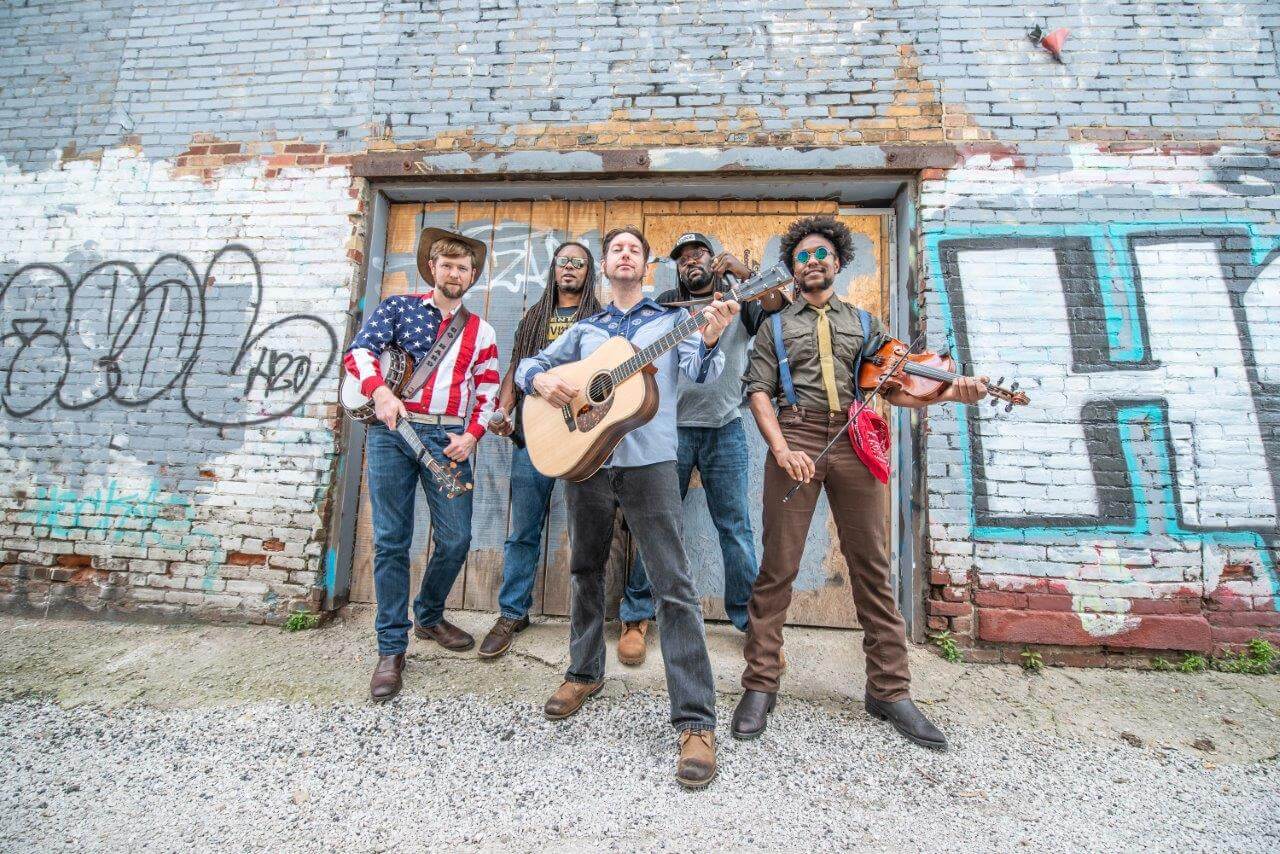 Bluegrass and Hip-Hop may sound like an odd combination, but don’t tell that to Producer Rench, who birthed the fusion in 2006, with Gangstagrass. “There are a lot more people out there with Jay-Z and Johnny Cash on their iPod playlists than you think.” says Rench, who had previously made a name for himself as an in-demand Brooklyn country and hip-hop producer and singer/songwriter. He should know – he’s toured the country with a band of bluegrass pickers and hip-hop emcees to the delight of standing room crowds everywhere.

making beats for local NYC rappers and hosting country music nights in popular NYC venues. In 2007, Rench had a musical itch that needed to be scratched – he was listening to the 1970s recordings of Ralph Stanley and the Clinch Mountain Boys and couldn’t help imagining what classic bluegrass would sound like with rap vocals and beats. The result was a genre-demolishing blitz called Rench Presents: Gangstagrass. He put it up for free download and people took notice. Hundreds of thousands of downloads followed creating an intense underground buzz.

When FX Network came to Rench looking for the Gangstagrass sound for the theme song to their new series Justified, he had bluegrass players lay down an original track with rapper T.O.N.E-z, the younger brother of early hip-hop legends Special K and T-LaRoc. The result was "Long Hard Times To Come," the song that opened every episode of six seasons of the hit series. "Long Hard Times To Come" was nominated for an Emmy Award in 2010, contending for best theme song after critical praise and massive fan response.

The same live bluegrass band approach was used to make Lightning On The Strings, Thunder On The Mic, a full length album of with T.O.N.E-z, the emcee featured on the Justified theme song. Two years later the Gangstagrass sound was expanded with the release of Rappalachia, a 15 song album featuring a variety of rappers, including Kool Keith, Dead Prez, Nitty Scott MC, T.O.N.E-z, BROOKLYN35, R-SON, and Dolio The Sleuth. Country singers Brandi Hart from the Dixie Bee-Liners and Jen Larson added gritty harmonies alongside Rench’s choruses. Broken Hearts and Stolen Money was released in 2014. Featuring performances by legendary rap team Smif-N-Wessun, Juno award winning rapper Liquid (of BranVan 3000), Brandi Hart of the Dixie Bee-Liners and Alexa Dirks of Chic Gamine in addition to the now regular crew of emcees and pickers, the album received universal critical acclaim including the Boston Globe labeling the raucus single Two Yards “Essential.” A fourth official album titled American Music was released in April 2015. Featuring a collection of standout original cuts and traditional folk anthems the band once again broke new ground, while also paying tribute to their cast of American songwriting heroes, and debuted at #5 on the Billboard bluegrass charts.

Gangstagrass has toured internationally, blowing minds on main stages from SXSW to Grey Fox Bluegrass Festival, with a live stage act taking full advantage of the improvisational aspects of both hip-hop and bluegrass. With two emcees R-Son and Dolio The Sleuth trading verses, Dan Whitener on Banjo, Landry McMeans on dobro, and Rench on guitar, and frequent 3 part harmonies, the Gangstagrass live show has garnered a reputation among fans for its dynamism and spontanaety. Currently touring across the US, Gangstagrass is using live performances to organically develop new material for an album that will further explode the boundaries between genres generally thought to be incompatible.

“A mixture of bluegrass and hip-hop that might repel some purists on either side of the country-and-rap divide, but will knock the socks off just about everybody else.” Wall Street Journal

“Gangstagrass adeptly layers rap lyrics over strong emotional accents from the instruments, something most DJs can't take advantage of when sampling electronica music. You can hear it in "Nobody Gonna Miss Me;" the skillful slide on the guitar and winsome lines from the fiddle fill in the background of the rap with a bluesy, remorseful tone.” Mother Jones Magazine

“Gangstagrass’ eclectic mix of low-down to down-low beats destroys other genres in their path.” Magnet Magazine

“A daring blend of innovative modern swagger and classic Americana cool which dares listeners not to come along for the ride.” Hear Hear Music