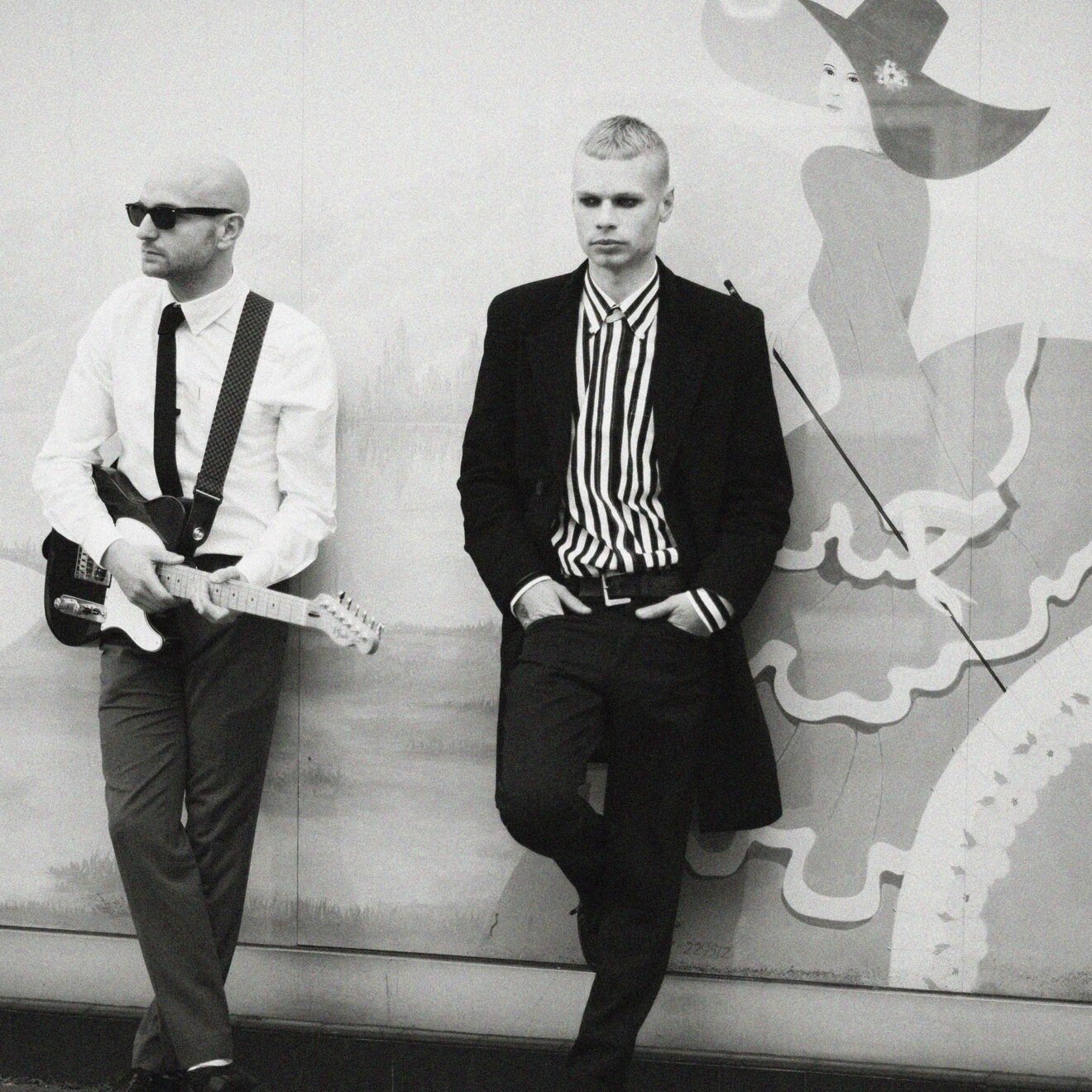 The ‘Pukka Sounds Tour’ is here! The long wait is over! Death of Guitar Pop, and their wonderful 9 piece band, are here to bring you their unique and larger-than-life live show to a city near you!

In support of their hugely anticipated third album, ‘Pukka Sounds’, which now looks destined to be their first top 40 record, these bright, young starlets of Ska are ready to hit the road like never before! Expect rousing singalongs, infectious Ska rhythms and that unmistakeable sense of fun that has become the hallmark of DOGP’s live shows!

Death of Guitar Pop are a 2Tone inspired, Ska/Pop duo (Silky & Top Kat) from the sunny county of Essex. The duo dropped their debut single ‘Rickety Old Train’, along with its ultra low budget accompanying video (which involved the pair, suited and booted, running through Romford market in a cardboard train), in late 2016 and immediately struck a chord with the Skinhead & Mod subculture. Their online presence grew rapidly throughout 2017 with further singles ’69 Candy Street’, ‘Welcome Back’ (which includes a video directed by and starring The Inbetweeners star James Buckley) and their superb collaboration with the original rudeboy himself, Neville Staple from The Specials, ‘Suburban Ska Club’. The summer of 2017 saw the band’s army of loyal fans crowd fund the cash needed for the band to record their debut album, ’69 Candy Street’, which was met with glowing reviews, receiving the public approval of both Pauline Black (The Selecter) and Dave Wakeling (The Beat) whilst selling thousands of copies. Naturally, their debut live show announcement was greeted with huge anticipation and the pair put together the stunning, 9-piece band (featuring horn section The Mafia of Bad Manners fame) that first wowed audiences at a sold out show at Oslo Hackney and brought the songs to life in a live environment. Since then the band have played a series of sold out headline slots at the likes of Dingwalls, The Dublin Castle and The Macbeth, and progressed to playing slots supporting some of the genres greatest names such as Bad Manners, The Dualers and Neville Staple.

In 2019 the band raised funds for their second album ‘In Over Our Heads’ which saw the pair further refine their infectious blend of classic Ska rhythms and singalong choruses. This album also included the 2018 summer hit ‘Ska is the Bollocks’ with its audacious, hilarious video turning more than a few heads. Death of Guitar Pop describes themselves as ‘DIY and proud’. They spent 2020 crowdfunding and recording their third record , ‘Pukka Sounds’, which is set to become the band’s first top 40 record, and are now heading out on the road to bring all the new ones and all the classics to your city!

Block 33 are a brand new mod revival band from the South of England. The band are a familiar mix of Energetic driven guitars, rolling bass, charging punk rhythms & quintessentially British, rasping yet melodic vocals that altogether make for a nostalgic sound catered for fans of the modernist subculture.